Have you ever thought about how our childhood experiences tend to shape us in a certain way?

From the time I was a kid, my entire academic life revolved around the thought that I need to get good marks from which I’ll get recognition from people and that this would make me feel good about myself.

That’s Vatsal Dattani, 24, a BTech student at IIT Madras. Since he was a kid, he struggled to make friends. He developed social anxiety in his adolescence and would usually find himself worried about what others thought of him. But what made him so focused on academics?

In school I noticed that people who had friends generally had good marks too. I had the capability to get good marks and that’s the correlation I made in my mind.

A topper in school, this correlation appears to have worked well for him until he joined his college in 2017. At a premier institutie like IIT Madras, Vatsal was one of many in a sea of toppers, and found it difficult to form meaningful connections with his peers.

I used to struggle with the thought that I didn’t have anything to capture people’s attention with. I think a lot about what people think about me. So I wasn’t really able to focus on interacting with them. I wasn’t able to form a connection.

Things became so overwhelming at one point that Vatsal had to take a break from college. After recuperating at home for a couple of months, he rejoined his course. Just 3 months later, he found himself spiralling back into his old thought patterns. 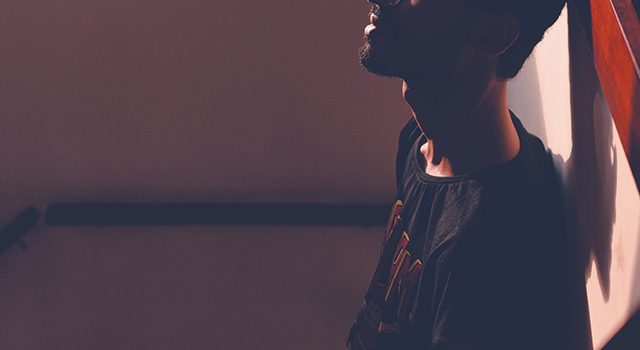 I would be constantly worried about performance, getting frustrated about really small things, and overall staying in the negative. I wasn’t able to see anything positive at all.

One day, while on his summer break, he was deep in conversation with his mother. She pointed something out, something that really stuck with him –

You’re not letting any positivity into your mind

Vatsal refers to this as his moment of enlightenment.

Something just clicked and I found myself thinking, “yeah! that’s realy true”

He started working on himself and his habits to try and change his outlook towards life. By the time he resumed college, he was feeling well again. It was quite apparent too.

This time things were going well. In fact this time, I was pushing myself forward academically and I had also formed good connections with my friends.

But about 6 months later, the struggles were back. Vatsal started panicking that he would revert to the way he was earlier. He met with IITM’s Dean of Students, Prof. M.S. Sivakumar, and told him about his situation. Dean Siva encouraged him to give therapy a try. That’s when Vatsal approached YourDOST to book an appointment with Clinical Psychologist and Psychotherapist, Ms. Pangajam. He distinctly remembers his first session with her.

This was in January, 2020. Since then Vatsal has made it a point to connect with Pangajam every Sunday for a 45 mins to 1 hour session. There are certain highlights or “aha” moments that have particularly stuck with Vatsal. He shares fondly with us,

She once told me that whenever I find myself worried about what others might be thinking of me, I should task myself if it’s really that big a deal. It sounds small but it really helps. Over a period of time, it does change how you think about it.

Vatsal has found that it has helped him with his focus too.

Because of anxiety, I was unable to focus on any activity I was engaged in. My focus would be the end goal and how others will react to it. Now I try to focus on the activities’ process rather than the end goal. 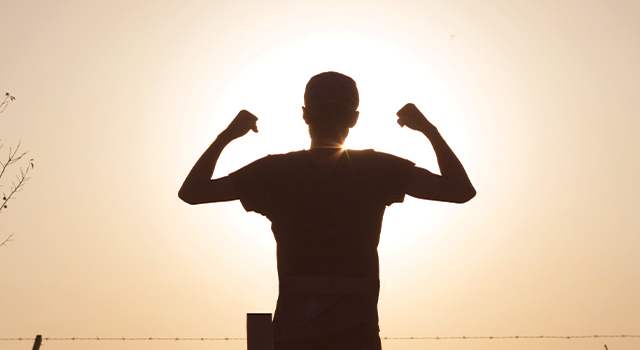 For the past 3 months, Vatsal and Pangajam have been trying to work out his core beliefs. This is followed by Pangajam challenging them. This is to help him determine whether those beliefs are rational or irrational. Vatsal feels more in control of his thoughts now.

If ever there’s something that bothers me and starts pushing me into my old thought patterns, I’m able to catch it before my thoughts spiral out of control.

Vatsal’s journey to become a better version of himself continues with Pangajam and he invites others to kickstart their journeys too.

I highly recommended therapy. It helps a lot. Instead of staying in the dark, you become aware of what the problem is. You can solve the issue only when you see it.

We can help you kickstart your journey to a better you today. Come connect with one of our Experts.

Vatsal’s Warrior Tips:
1. What others may think about you isn’t really a big deal
2. Don’t focus solely on the goal. Enjoy the process too
3. You can solve the issue only when you see it. Therapy will help you see