A survey conducted by Harvard Business Review, suggests that there was a peak rise in stress among the general population in their late twenties.

This intrigued us to probe further — what are the demographics of stress in India and what causes this stress? So, we at YourDOST conducted a survey on how stressed we Indians are. In this post, we present the highlights of our findings of which age group is the most stressed!

Before we jump into the insights of the survey, let’s answer the fundamental question – What is Stress?

In simple words, stress is our reaction to a stimulus, that is disturbing us either physically or mentally. Stress also results in different changes in both our physical body as well as our mental state.

Are we Heading Towards Quarter-life Crisis?

A shocking 91% of the respondents of our survey were stressed at one point or the other in their life. Out of which, we found that the most stressed were the respondents in their late twenties and thirties. There was an increase in the stress levels until the age of 40, after which it starts reducing. It was not very surprising for us because something similar was observed even in the survey conducted by Havard Business Review. But how will this affect their lives? 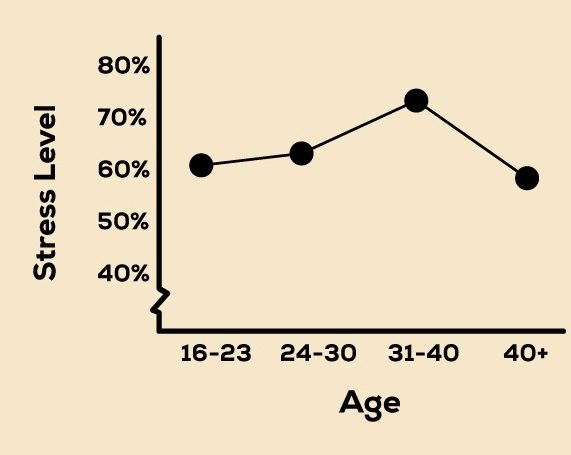 According to data compiled by doctors and medical practitioners in India, about 12% of people suffering from heart attacks were below the age of 40 and around 60% of them admitted to having stressful jobs.

Another observation made by doctors in India was that they were witnessing around 10% patients, in a period of six months, aged between 30 and 35 suffering from stress-induced asthma.

These statistics points out that the increasing stress in people in their late twenties to their early thirties is not only hampering their productivity at work but is also adversely affecting their health conditions.

What causes this stress in them?

According to the respondents of our survey, the major causes of stress in the late twenties and thirties were – 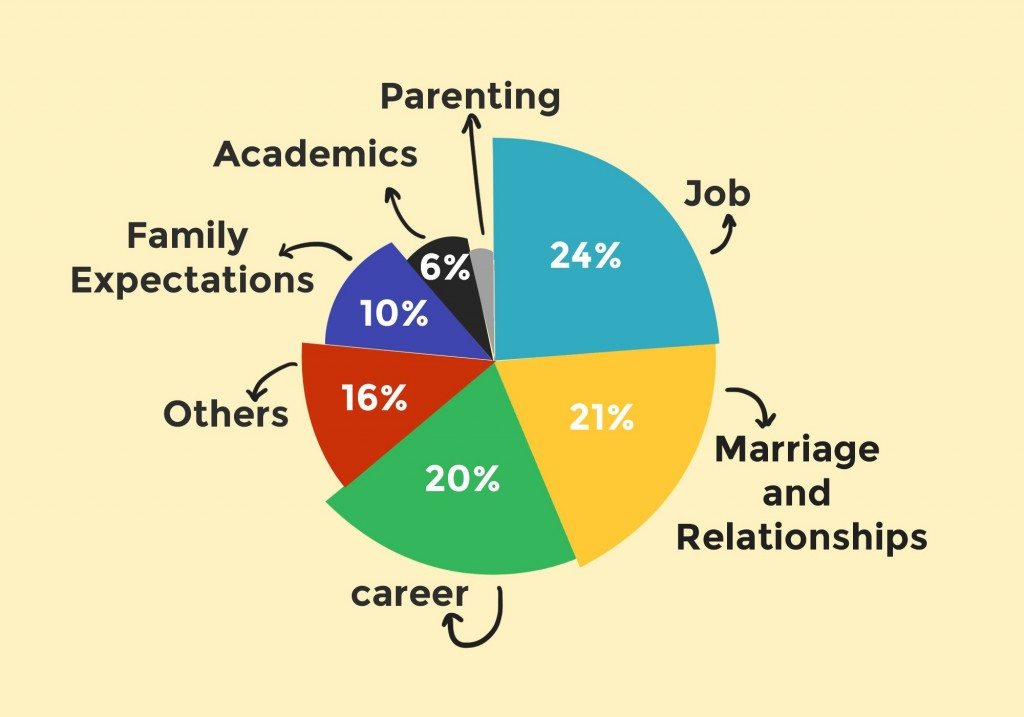 Job as a Leading Cause of Stress:

A large population of employees in India is unable to cope with the increasing demands at work. They succumb to very high amount of stress in terms of increasing competition and raising expectations. Are we as a nation becoming workaholic?

Studies conducted by Centre for Psychiatric Research of  Aarhus University Hospital shows that stress can be one of the leading causes of depression. Given these figures, what are we as a country growing to become – A Stressed Nation?

Stress has become unavoidable, but there are ways to deal with it. If you or somebody you know, is stressed you can now approach a Psychologist and take help immediately. Share this with your friends and help save lives! Let us join hands to build a Stress-free India.