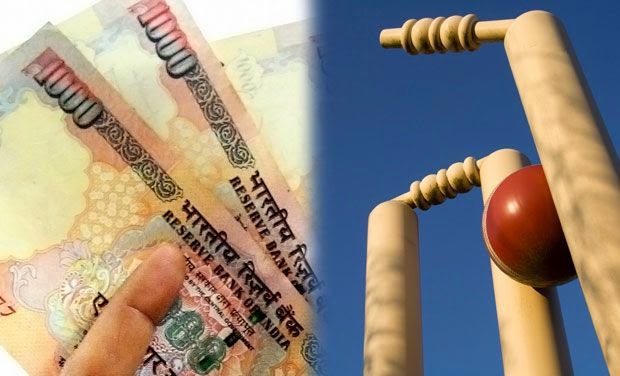 Gaurav, for last 2 years, has been involved in gambling. He bets money on cricket matches through bookies. He was introduced into gambling though a friend who has made significant money through betting. Lured by fast and easy money, Gaurav also tried his luck and got initial success. He couldn’t control himself after that. He won Rs 50,000 on second bet, and lost 1L on the third. He was hoping to a win 2 lakhs though! He remained worried for few weeks but got over it and convinced his wife and parents that he would not play further. However, he couldn’t control!

Gaurav’s friend, Rahil has quit betting and now Gaurav was on his own. He took loans to gamble and very soon was in dept for 15 Lakhs.

Seeing his irresistible impulse, his family decided to take him for counseling. When I met him, he felt guilty for his deeds but didn’t have the desire to change. Guilt was mainly there as he made everyone to worry about him.

A person changes when there is remorse and personal awareness that something wrong is going on in his life. None was seen in Gaurav!

But why was Gaurav not aware of the impact of gambling on his  personal and professional life?

Because he was addicted! In addiction, our minds focuses only on the pleasures that we might get from indulgence, whether it be alcohol, drugs, or money.  Gaurav, like any other addict, felt that he can control this desire whenever he wants to but he failed every-time.

On doing a personality test, it was found that Gaurav has high traits of Extraversion & Neuroticism, and low levels of Agreeableness and Conscientiousness. Extraversion and Neuroticism are responsible for arousal seeking, and overlook any harms of poor emotional regulation. Agreeableness and Conscientiousness, on the other hand, allow us to do things in ethical manner, such that we seek social conformity and listen to others around us. Lower levels of these traits would mean we tend to follow our own rules and not give in to anyone else.

I tried making Gaurav aware of his personality type and tried showing him how he has always been like this. Earlier this attitude was manageable but now he has to be more responsible as he is sole bread earner of the family.

He was taking it well. He asked – What is the role of will-power in all this? And can he attain self-control through will-power?

I told him NO, it takes professional help. Personality traits are deep rooted in our psyche and are difficult to change. They make us react to life’s challenges in a certain way. To change those, it requires rigorous practice.

I asked him why everybody doesn’t go for betting? He said because they don’t know how to become rich in a shorter period of time. He said he wants to become rich. But I asked him does he know anyone who is a millionaire or a billionaire through betting alone. He couldn’t answer.

I told him that some people like to play music and spend time in artistic activities, some like to travel and explore more new places, some just want to make new friends and are very social and some people are more prone to taking risks. He belongs to that category and due to the high traits of Neuroticism he has poor emotional control.

He understood gradually by correlating the events from his previous life. He understood why once he wanted to open his own business at an raw age of 18 and desperately wanted to led his own, independent life. He always dreams of a highly successful life, with lots of money and affluence through any way possible. He also admitted that he has visited prostitutes with two friends in the rush of emotions.

He realised that due to absence of guilt he has never stopped and never realized what is right or wrong.  After he got insights into why he behaves the way he do, he got a better understanding into his nature and personality. He is now more conscientious to not act just on impulse. He evaluates the situations and take decisions.

No one is ‘bad’ by nature, no one is ‘bad’ because of the things they do. Sometimes they choose wrong path even without realizing. Once a person understands his dispositions better, it helps him to take informed decisions.

Note: This story is based on one of the cases handled by Tarun Verma, clinical psychologist.