Warning – Distressing Content : An online challenge called the “Blue Whale” is targeting teenagers by encouraging them to perform self-harm, and commit suicide.

Called the “Blue Whale” game, it challenges its teenaged victims to complete a list of tasks, over a period of 50 days, including – waking up at odd hours of the night, performing self-harm by carving symbols into their skin, and contemplating death, the final task being to commit suicide.

If the victims get cold feet and express the desire to leave the game midway, the perpetrators of this horrific game issue death threats for their parents. 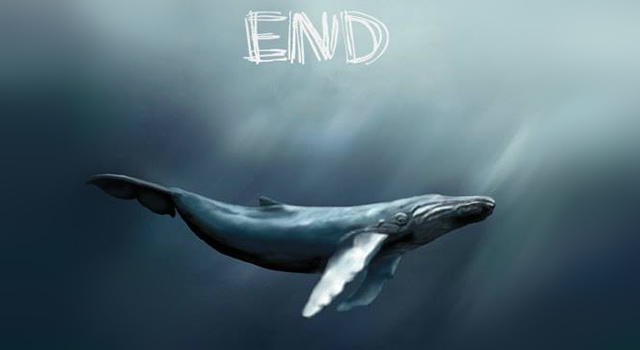 The game appears to have originated in Russia, but is now spreading to the rest of the globe at an alarming rate, leading to police forces warning teenagers to be be cautious.

Disturbing incidents, that were a direct consequence of the “Blue Whale”, have come to light – An 18-year old Ukrainian girl jumped off a bridge onto a rail line in Portugal in April. Luckily, she escaped the suicide attempt with just a broken leg. There have also been unconfirmed reports of kids falling victim to this horrific game, from Russia, Estonia, Kazakhstan, Ukraine, and Brazil.

The Internet and social media have provided this trend with the means to spread like a wildfire, and even the Hacktivist collective, “Anonymous” have declared an online war on the game, and are calling it  “Operation Blue Whale”

Online games that encourage self-harm are more common than you’d think. Numerous challenges, such as – the cinnamon challenge, the kylie jenner challenge, and the choking game, went quite viral, particularly among young teenagers. Challenges such as these have caused the loss of numerous young lives, and everyone needs to be on a lookout to make sure they or someone they know doesn’t end up falling victim to these sadistic “games”

If you are concerned about the mental health of yourself or a loved one, get personalized support from the Experts at YourDOST.