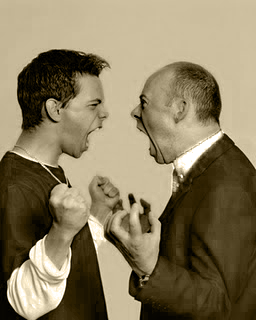 Avinish is a 16 years old boy, studying in class X. He failed in class IX and had been suspended from school multiple times.  He had no career goals either and wanted to quit studies.

Avinish’s family consist of his mother, father, younger brother and himself. He had frequent anger outbursts at his father. He had broken television set, crockery, mobile etc at home. He had also thrown bricks on a stranger’s car, beaten up a kids badly and ran his ‘own’ gang.

Avinish’s father, Sandy is a very aggressive man. He wanted his kids to accept his commands without questioning him which was unacceptable to Avinish. This led to arguments and verbal assaults, a frequent occurrence between father-son duo. Sandy felt offended and defeated whenever Avinish retaliated. Avinish was mostly seen alone. Avinish didn’t have much communication with his mother and brother either as they were very submissive to his father and didn’t care much about Avinish’s emotional needs.

His rebellious behavior was not taken well at home and worried parents took their son to a psychiatrist. He was put on medications for anger management, which proved futile.

Father came up with so many complaints about Avinish. He himself was helpless and had only complaints left with him. He couldn’t comprehend what was missing in his approach to manage the child. Neighbors and relatives also didn’t have any solutions. So they resorted to a professional and that’s how I met him a year ago.. A psychotherapist/counselor can analyze problems and comprehend the areas around which the problem revolves.

Avi didn’t say anything initially but on prompting him more, he opened up and talked about his inability to control anger.

I also explained to the father about the hormonal changes that the child is going through. It is natural for the teenage boy to be angry as he is having lot of energy inside him. At an age of 15-16, teenagers should be focusing their energy positively on setting career goals and Avinish was focusing it on destructive activities. Avinish was not at all concerned about his future. He had always been an average student but for last 3 consecutive years his performance deteriorated considerably . He was fully occupied with his gang, consisting of kids like him and his daily goal was to find someone naive, tease and bully him. Such behavior was unacceptable to his family, primarily father and he always scolded him for the same . Father, however failed in every attempt. This was causing so much tension at home and relationships were getting sour. The primary problem was that no one understood other’s point of view. Father thought it is his right to use force to stop his son from doing anything wrong, and the son could never see anything wrong in anything he did.
My focus in every session was to prepare Avinish to set up constructive goals and work towards them. I asked him about his aspirations and tried to shift family’s focus from his destructive behavior to his career.

As Avinish was not been doing well in studies, didn’t have any positive goals or family expectations, I saw a doomed future for him. Everyone ‘just’ wanted him to be less destructive and ”do something”. I asked both of them about what could Avinish do. Avinish thought about it and said he wants to set up a sport’s shop. His uncle runs a similar business and he has always admired that. I discussed with Avinish on how he could reach his goal.  Avinish initially said that he wants to run his own shop and not work with someone. I explained him why acquiring skills required to run the shop are important to reduce the odds of wrong business decisions and he agreed to work with his uncle. Father was also happy and immediately agreed to put Avinish under his uncle’s guidance.

I met him after a month. He is now working with his uncle and learning the necessary skills. He is quite confident now and has completely stopped his gang activities. He was telling me about his daily schedule and how he felt he is learning a lot. However he also mentioned that still sometimes he feels ambition-less. I told him things will take time to settle and soon he will see a clear path. His anger was largely in control but still some or the other argument kept popping with his father.

At this point I told Sandy to avoid using anger to control Avinish. I emphasized on child’s genetic inheritance of aggressive personality from his father. I tried to show him how he is giving out wrong message that anger is acceptable and normal.

Kids learn a lot from their parents both consciously and subconsciously. It is important for adults to set the right example. They need to support their teenage kids to evaluate options, choose their own path, develop confidence and believe in themselves.Note: This story is based on one of the cases handled by Tarun Verma, clinical psychologist.