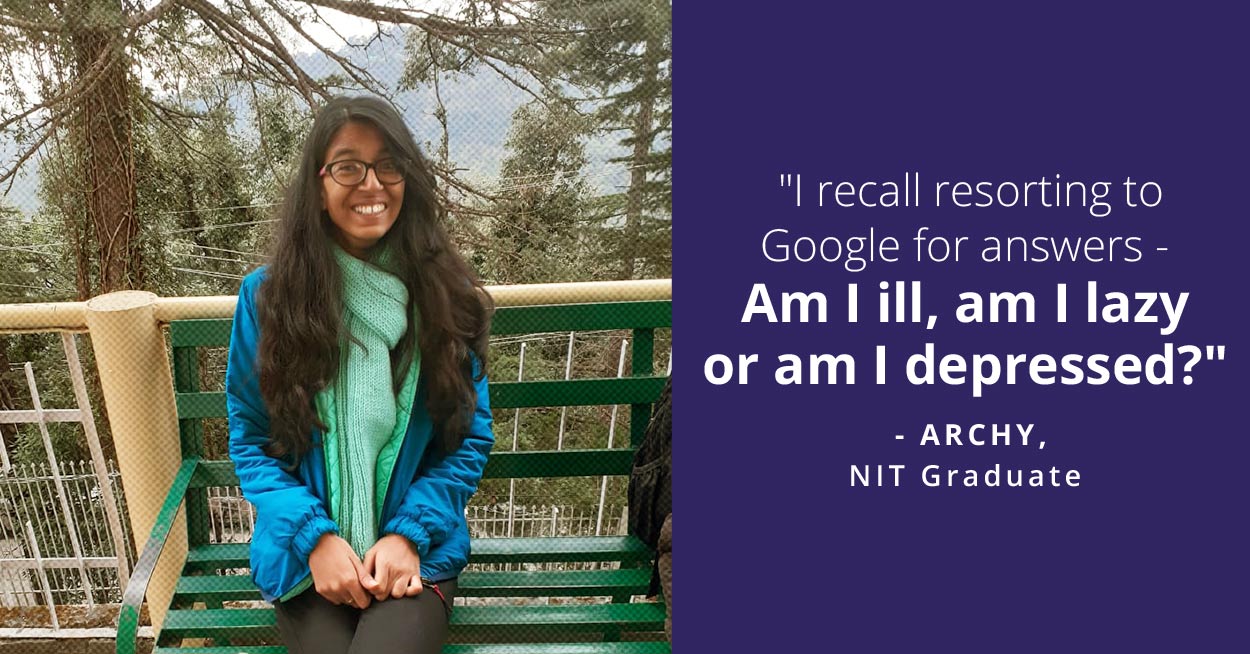 “Just when the caterpillar thought the world was over, it became a butterfly”

Archy has recently completed her Master’s degree in Chemistry from the prestigious SVNIT, Surat. She is thrilled to be moving to Germany to pursue her PhD in Theoretical Chemistry. Born in Varanasi and having spent most of her years in Lucknow, Archy is a chirpy and cheerful person to be around.

Nevertheless, she has struggled with her share of ups and downs. It all started when she experienced some major issues in her relationship and somehow started believing that she was not good enough.

Certain mistakes that I committed and things that were said to me by the other person led me to believe that I am someone who is very manipulative. That thought somehow got stuck in my head and basically acted as the first domino.

For the next one year, her mental health kept deteriorating but she had no idea what was happening to her. She didn’t consider the possibility that this could be something more than just a bad phase. Slowly, she started to realize that this was not her at all – she was procrastinating, lying to her loved ones and making excuses. She would not wake up on time and would go days without making a show or having breakfast. She stopped attending classes after a certain point and would instead stay in bed till 5 in the evening. This one time, she recalls resorting to Google for answers – “Am I ill, am I lazy or am I depressed?” 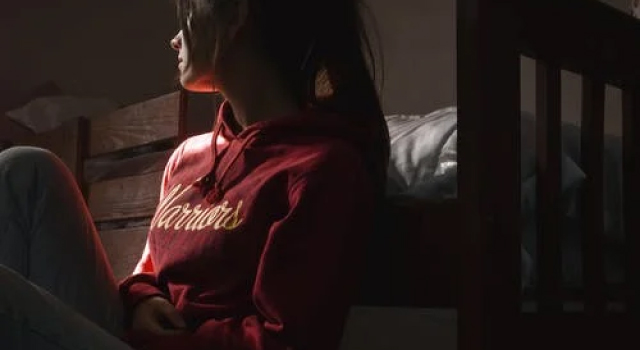 She remembers feeling massive resentment towards herself because she was not able to complete these simple tasks. As a result of this, she started cutting herself off from her closest circle. There were times when she didn’t respond to anybody on social media for months.

There was this one time when my best friend had broken up with her boyfriend and she was absolutely devastated. But at the same time, I was at the peak of my depression and couldn’t be there for her when she needed me the most.

That was something that really hit her.

She admits being in denial for the longest time. In fact, during those difficult months, she tried hard to change herself, she tried to fight her demons tooth and nail.

I used to believe that my phone was the reason why I was not able to get out of bed, attend classes etc. So I would keep my phone charger in the lab itself and figured that this would motivate me to go to the lab but that didn’t happen.

It took her another six months to reach out to an expert and seek professional help. She was ultimately diagnosed with Major Depressive disorder and Generalised Anxiety Disorder after battling it for a year and a half. She says that the lockdown turned out to be a blessing for her because it was around this time that she found the courage to talk to her parents. She figured her parents wouldn’t understand or support her but they were indeed very forthcoming. Her mother was the one who said, “it’s not a big deal to get help.” This is a rarity..

Talking about her expectations from therapy, Archy recalls –

I went in with zero expectations. I know how therapy works in movies but I have seen enough movies to know that it is not the real picture. I just told myself that I will be brutally honest.

During the very first session, she let everything out of her system, everything that had been suffocating her for the longest time. Turns out, she had been struggling with major self esteem issues. She recalls how understanding and patient Ms. Ashna was.

I went in guns blazing and she listened to me patiently. 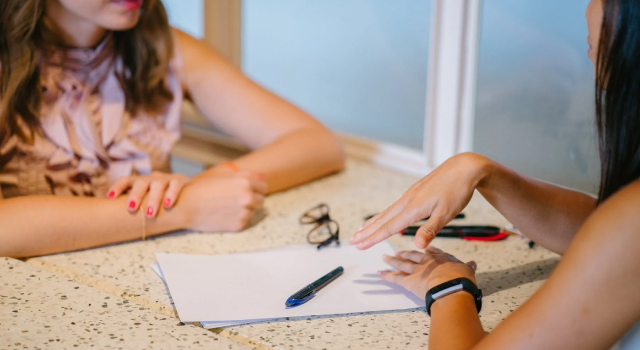 They came to an understanding that it would take roughly 8-10 sessions for things to get back on track but first and foremost, it was important to decide what they were going to work on. This is when her weekly sessions with Ms. Ashna began.

The sessions were unexpectedly friendly. I actually remember asking her twice or thrice, are you judging me right now? She simply said to me, “I don’t judge people.” I think that really put me at ease.

For Archy, therapy was initially about letting out all those pent up emotions. She just wanted someone to listen to her without judgement but eventually she realised that therapy is a two way street, it is also about what you get in return – the advice, major confidence boost and important practical techniques.

During one of these sessions, we were talking about forgiveness. Ashna calmly asked me to sit down and think about what it takes for me to forgive someone. I did that and was finally able to forgive myself. I was also having breathing difficulty because of my anxiety so she suggested some relaxation techniques. All of that helped me heal. 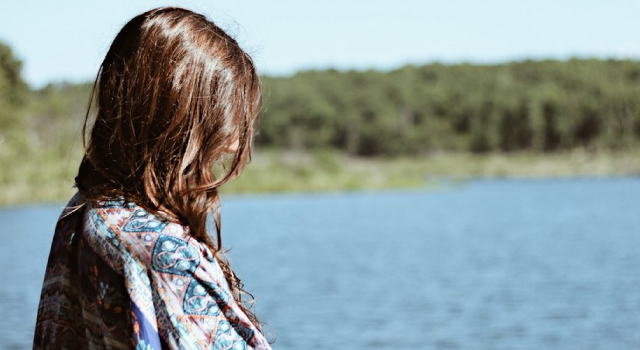 Archy can see the results of therapy reflect in her life as well.

Initially, I was someone who would beat myself up over every single shortcoming but thanks to my therapist, I have realised that it’s okay to take breaks from time to time.  I am not completely over my anxiety issues, it will take time but I can see myself recovering.

She has also gone back to work after two years which is a huge achievement. Yet, Archy says that the biggest boost for her has been the fact that she has been able to reclaim her happiness and her love for learning.

For me, loving my research has been the most important aspect of my life and for the past few years, I wasn’t able to feel that at all. Recently, I was reading something and all of a sudden I felt joy and that was such a glorious moment for me.

She even marked that day in her journal – “today for the first time, I felt happy about learning something new.”

Archy’s Warrior Tips:
1. Forget about what this society has to say because ultimately this is about you
2. Therapy helps a lot and it is absolutely worth fighting for
3. Maybe your parents will oppose you for a few months but ultimately they will see the changes because those changes are visible