In June 2016, Chandra Shekhar, Director, Human Resources (HR), was told that he was no longer needed at the company that he had been employed for three years. Chandra had been instrumental in building the 14 member HR team and setting up most of the protocols and practices from scratch.

When things started to go wrong

Things had started going awry when his mid-level IT product company hired a new Chief People Officer, who made it indirectly clear that he wanted his own team, and wasn’t happy with Chandra.

What started off as small differences became passive aggressive face-offs, and then quickly escalated into personal conflicts. This lead to a status quo that hampered crucial business decisions. “He would bring somebody to work in my own team without my approval and then ask me to fire him when things didn’t work out. He went about restructuring the team to suit his own convenience, and of the 14 member team, 12 people quit, as they didn’t see any growth. I felt let down by my CEO. Instead of intervening, he adopted a head in the sand approach,” says Chandra.

The layoff and the initial struggle

He had never been laid off before in his 17 years of employment. When the axe landed, It still came as a body blow, leaving him shocked, and perplexed. Chandra had little savings for a day like this, had bills, EMIs and rent to pay, no passive income and his wife was a homemaker.

The first few weeks after being laid off, Chandra went about applying for jobs diligently. He updated his LinkedIn profile and went from 200 connections to 500, posted his CV on job sites like Monster and Naukri, called up old business contacts, personally met those who offered to help and reached out to friends and extended family, letting them know that he was looking for a job. 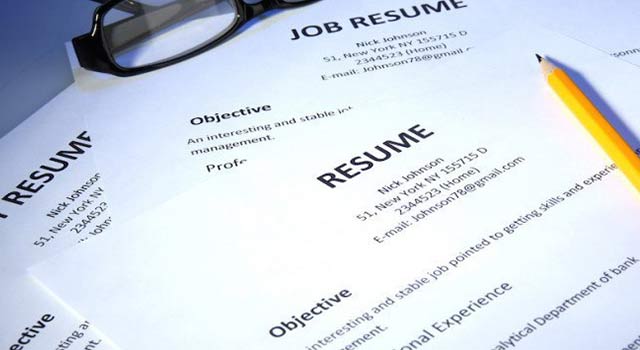 Along with the poster of Kabali (Kollywood actor Rajnikanth’s super hit movie) what was most seen at that time was my resume. I posted it everywhere

Some responded with “I’ll let you know”, while others ignored his request, and a few said that they’ll try to help. No job offers, however, materialised. What annoyed Chandra the most was the fact that most of them just collected his resume and did not respond.

They could’ve responded saying that I don’t meet the requirements, there’re no jobs available or that these aspects are missing. I know that I’m not perfect

Six months and still no job

Six months on, Chandra’s frustration turned to quiet desperation. By December-end, he knew from experience that fresh hiring is slow at the year end, and hiring would only pick up post-March. This made him even more anxious. Some friends blamed him for his current state, saying that his overspending had lead to this and that he needed to make drastic changes. Chandra reluctantly let the words seep in when he thought he heard the concern in their voices. Others he knew, were being critical and were possibly enjoying his current misfortune.

He attended a few interviews. With two he came close to conversion when he was told that they were happy with his profile, but at the last juncture they said that they were looking for females candidates only. 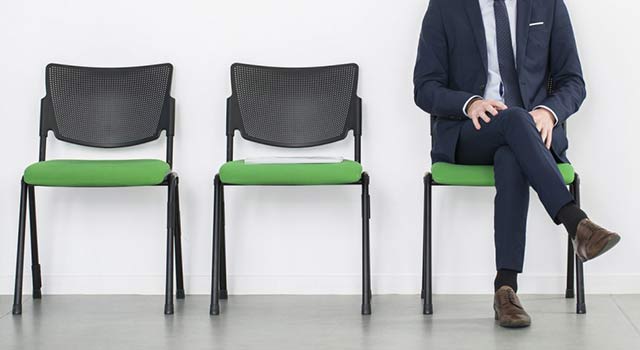 When nothing materialised he started thinking about his next steps. He thought of driving a cab or starting something on his own. But he also knew that changing careers would take him so far down a different path that he may not be able to get back into mainstream HR. He ruled out starting his own venture as he was not entrepreneurial and preferred to work for somebody.

During these anxious and uncertain times, he turned to prayer and put his trust in God. His wife, her family and his parents gave him emotional support and also encouraged him, by telling him that things will turn around, and they also suggested alternatives. He got some respite when he landed a freelance project with an agricultural firm.

This kept me busy. I was now able to tell people that I was employed

Fortunately, after a year-long wait, he landed a job at an IT/ITES firm. He is relieved and looking forward to being employed and receiving a monthly paycheck once again. He realises that there may be many like him and offers them the following tips on how to survive a layoff.

What I learnt from my Layoff

1. Introspect and plan for future: A layoff is a good time to introspect deeply about what happened, what can be set right and what can be done to avoid this in the future.

2. Get out and knock on all doors: While it is normal to feel low, sit at home and watch TV, it’s important to force oneself to get out of the house and meet people who can help.

3. Don’t get desperate and choose the wrong job: While it’s important to be flexible, it’s also important not to choose a job that’s far from your profession. That would make it more difficult to get back into your old and preferred profile.

5. Don’t bad mouth your previous organization: While you may be angry with your old organization, and want to seek revenge, it is important in the professional context to avoid blaming your manager or company for your lay off. Instead, you can be diplomatic and say that your position became redundant.

6. Depend on family and avoid negative folks: Being unemployed is tough and can be emotionally taxing. Anybody trying to criticize you and putting you down should be avoided. Stick with family.

7. Diversify and add to your qualifications: One needs to prepare for the inevitable when the skills you have are no longer needed. Chandra plans on immediately pursuing HR analytics and a few other certification, to stay current.

8. Be flexible: Chandra was ready to relocate to any part of the country including tier two and three cities.

9. Cut down on expenses: Chandra and his wife curbed their expenses by avoiding eating out or buying expensive brands, and they stopped using their credit cards.

10. Save money: Chandra is now saving money so that he may build an emergency fund as well as fund a down payment for an apartment, so that they may save on rent money.

Chandra Shekhar (name changed) is a senior HR professional with around 20 years of experience as an HR and People Manager.