The shocking news of television actress Pratyusha Banerjee committing suicide broke through on Friday evening. As per reports the actress hung herself in her residence in Mumbai early Friday morning and the reason was alleged to be problems in her love life. 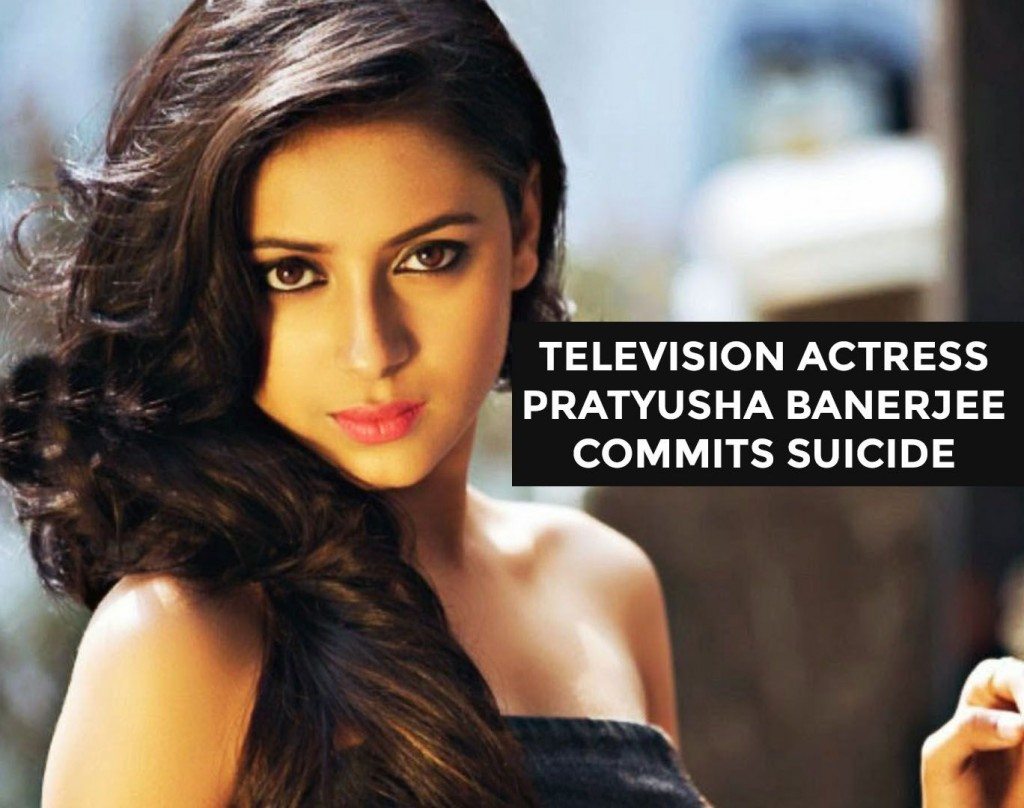 This incident has not only left the industry and her fans shocked but also has raised a very powerful question.

Is suicide an easy way out for problems in personal life?

Being a celebrity is both a boon and bane. They are exposed to fame and this makes their life seem fancy and happening. But, the harsh truth is, this fame brings with it, the fear of being judged and projected in a negative limelight.

This is not the first time we are hearing about celebrities deciding to end their lives at such an early age. Earlier in 2013, the suicide of Bollywood actress Jiah Khan, due to relationship issues had left all her fans shell-shocked and now another incident only raises many questions in our minds.

Are our celebrities forced to suffer in silence and not take Mental Health seriously? Would it have been possible to save lives if they, had an opportunity to seek help?

It is not that these celebrities are unaware of psychologists or relationship counsellors. The negative limelight that Mental Health attracts in our society and media is the reason why many celebs resort to taking such heart-wrenching steps.

Here are a few reactions from Indian celebrities on Pratyusha’s Suicide:

Not the way to go….rip pratyusha banerjee….wen smeone dies they dont die alone…suicide is neva the rite way out.. SAD

Deeply saddened by the news about #PratyushaBanerjee. May God give her family the strength to deal with this loss. भगवान आत्मा को शान्ति दे।

I don't know why you did it Pratyusha.. Can only hope u r in a better place! Not the way to go! Peace!

Sad sad sad..Nothing's worth ending your 1 beautiful gift called life for… My heart bleeds for the parents and family..#suicidesnvrthecure

Mental Health needs to be taken seriously and treated just like any other illness. Celebrities become role models in our lives and the change should begin from them. Earlier celebs like Deepika Padukone, Angelina Jolie and Wentworth Miller have shown courage to speak up and raise their voice for this cause. Let us all hope this awareness on Mental Health continue and many lives be saved. Rest In Peace Pratyusha.