There is a saying that “Marriage is a communion between two families”. When the bride and groom get married, there is a new bond formed between the two families. This bond signifies a start of new chapter in both the bride and grooms life with an increased degree of commitment to each other and responsibility. For the bride, it is the start of a whole new life with her partner for life, from the time she steps into the bridal car, on her way to her new home, she dons various hats – of a daughter-in-law, wife, and years later that of a mother. 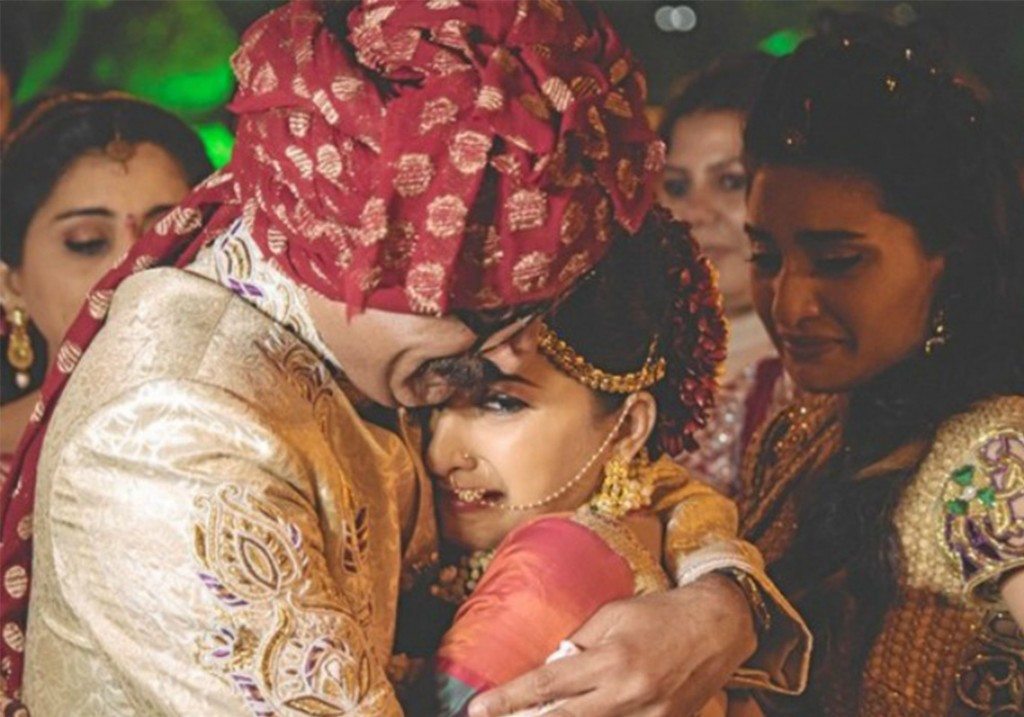 The thought-provoking question is whether the parent’s responsibility is completed after the marriage of the daughter?

To which simple answer would be a “NO!”.

The Parent’s role doesn’t end after their daughters have bid them adieu and move into the new phase of their life. It maybe just so, their responsibilities have increased.

It is natural for the bride to find it difficult to adjust to all the new happenings around her, once being welcomed to her new home. She might take time to settle down, get accustomed to new customs, traditions, and rules of the house. In such a case, parents need to be a never ending support to the bride and assure her that all would be well in no time. By boosting her confidence, parents will make her emotionally confident and independent.

“Interference” and “intervention”– their meaning might look to be similar at first, however being a parent, one should realize when to draw the line on what they can and cannot get involved in. In substantiation to this, a writer was once quoted saying “Parents should intervene in their daughter’s life post marriage, but never interfere”, which holds true to a great extent.

Although they would want only happiness for their daughter, it’s important to understand the difference between offering emotional support and suggesting solutions from their perspective. For while things may work differently in the new home, the solutions provided could make things worse rather than providing better results.

Empower her to not only be a good wife or daughter-in-law, but also an understanding friend, a partner, a support, a compassionate human, these comprising the different feathers in the cap of an ideal wife.

Along with adjustment issues, daughters might face cases of domestic violence and abuse, or pressure for dowry. During such tough times, parents need to assure their daughters that she is not alone. They need to empower their daughters to fight back confidently. When confronted with such situations, thinking about society, respect, or anything that isn’t as important as your daughter’s life take a back seat. There would be high chances that your daughter has lost her confidence, she has given up on her dreams, and she has forgotten to trust those around her. In this vulnerable phase, parents need to become their daughter’s backbone and pillar of strength.

Make her realize she is capable of many more things, many better things. She is capable of achieving all her dreams. She might have stumbled in her journey but she definitely shouldn’t give up trying.

Another important phase in your daughter’s life would be when she would wear the cape of a mother. This phase would be that of excitement, nervousness, confusion and many new responsibilities, both for the father-to-be and the mother-to-be.

Current day parents tend to spend less time with their children, this is where the grandparents can step in and imbibe in the children much needed moral values and virtues rather than relying on day care centers/ other child care options available.

During these times, it is possible that the couple faces a change in the relationship, and parents should then be the voice of counsel and guidance, support them and help embrace parenthood.

Sometimes despite everything, the marriage doesn’t work out or last, and the once happily married couple choose to go their separate ways by choosing to get a divorce. The legal battle and custody of children can be taxing and exhausting if there is not emotional support. Parents should hold their daughters hand just the way they have along the journey.

Being her confidante, they also need to give her space and love, so that she can grow out of this unfortunate phase in her life. It is in these weak moments, that a daughter needs her parents by her side.

Last of all, parents should appreciate their daughters at each step. She is the same princess who has grown up in front of you. Support her, embrace her, love her and let her transform into the queen she was destined to be.

If you are facing any difficulty adjusting to the changed life, please feel free to talk to our experts online.