With her wagging tail, playful eyes and hanging tongue Adora ran over to Dadi as she returned from the hospital. To my surprise, she understood everything that was happening. She knew that dadi was too weak to caress her immediately and she knew that jumping on dadi was not a good idea. I could not infer whether her sense of smell or instinct made it clear to her. But she was more aware of those around her than we thought. Those who have or have had pets at home will know exactly what I’m talking about. 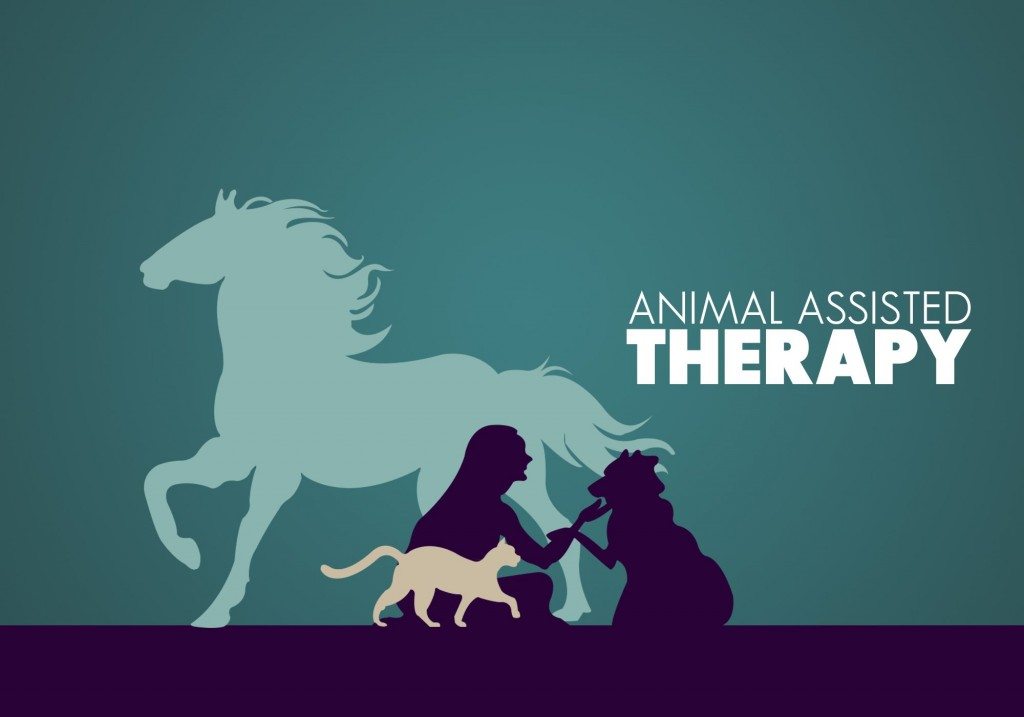 From the days of the early hominid species and the hunter-gatherers to the 21st Century human race, the human-animal bond has remained consistent. We are inevitably inter-dependent. Other than the use of animals for security, agriculture, company and research, today, animals are being used for therapeutic purposes. The guided and monitored interaction between humans and animals is known as Animal-assisted therapy. This is one of the non-pharmacological methods of treatment that are being used to improve the mental, emotional, social and physical well-being and health of patients across the globe. But how is it that animals can be used to treat mental illnesses and improve mental health?

It has been found that over time, domestication of animals has caused the development of a certain socio-cognitive understanding between humans and animals.

Pet therapy is conducted in varying settings like hospitals, rehabilitation centres, jails and long-term care facilities. The patients participate in activities like walking, grooming and playing with the trained animal. The animals that are used in therapy are most often dogs, horses or fish. It is important for the patient and his/her condition to be screened so that the right animal is chosen and a suitable program can be implemented.

Guidelines have been set for the use of Animal-assisted therapy. They take into account ethical concerns on the ends of the animal as well as the patient. For example, it is necessary to understand that everyone has their own comfort level with animals, often based on past experiences. For this reason, informed consent is a must. Measures must be taken to ensure safety and sanitation while conducting AAT to avoid any detrimental effects on the patients’ health. It is necessary to monitor the trained animal as well to ensure that no over-exertion or misuse occurs.

AAT is being used to treat people of all ages with disorders ranging from depression and autism to dementia and post-traumatic stress disorder. It has shown to be most effective while treating people with affective disorders. They find it easier to open up to animals than to other human beings.

A year ago I wrote a paper on the use of AAT to treat patients with Alzheimer’s disease. I decided on this topic since I had grown up seeing the positive effect my dog had on not only my grandparents, but the atmosphere at home as well. I found that, based on research previously conducted, although the disease does not have a cure, AAT helps treat comorbidities of the disease like loneliness, depression and low nutritional status. This helps improve the patients’ quality of living and mental health making their last few years more enjoyable and pain-free.

Non-pharmacological methods have been most effective in an eclectic approach to the treatment of behavioural and psychological disorders. They help reduce the side-effects of various pharmaceutical methods. Why ignore mental illnesses and disorders if you can treat them so peacefully and methodologically? So go ahead and spread the word! Do your bit to carry forward the human-animal bond.