I’m lying in my bed, my head on my mom’s lap. I was home for my semester break. My mood, I’m not sure if I can even describe it. I must’ve had some weird expression on my face, or maybe it was just that motherly instinct that mothers like to brag with the statement, “Maa hun sab janti hun”. My mom did see something, and couldn’t stop herself from asking, “Suyash, please tell me, what’s wrong?” “Maa, main Zindagi se bilkul niraash ho chuka hun. I feel absolutely no hope. I feel like I’m a blot on the face of this planet. I don’t see any point in keeping on living like this.”

That day is quite firmly etched in my memory, for that is the day when my conscious battle with mental illness started. Right after this conversation, my alarmed but cool-headed mother immediately got me an appointment with the best psychiatrist in the city for that very evening. Some 4 hours after the above conversation with the mother, I had emerged from the clinic, with a prescription in my hand, carrying a firm diagnosis written in the doctor’s handwriting, on it – “Clinical Depression”. What I felt at that moment can only be described as relief. After 20 years of existence, for most of which I had been a “misfit”, “loser”, “nerd”, “weirdo”, etc., I finally knew what was wrong with me. I started taking my medication. The results were miraculous. Within a week or so, I suddenly felt “normal” in what felt like the first time in my life. Little did I know that this was simply one of the highs, in a series of highs, and “India lost to Pakistan waala terrible” lows.

After 20 years of existence…I finally knew what was wrong with me.

I had always been a sensitive kid, prone to heavy emotions, worry and anxiety. I was always a very talkative kid too, and am often described as being “hyperactive”. From the time I can remember, being a resident of mostly tier-2 cities and small-town India culture, I was only criticised for being what was essentially me. “Suyash, you talk too much, people will not like you”, “Suyash, stop shaking your legs so much, you won’t get a job if you go into an interview and shake your legs like that when you grow up”, “Suyash, you’re so sensitive. I’m just so afraid of what will happen to you when you leave home for college.”

Being a target of bullying in school did not help either. I came to accept that there was something essentially wrong with me as a person, that society will always hate my guts, that I will always be an outcast. What emerged from this was a boy who had absolutely no confidence, whose self-esteem was essentially non-existent, who couldn’t manage to make eye contact with anyone when having a conversation. Hell, making any conversation meant this anxious thought popping up in my head, “What’ll they think of me?”, and what would follow was a very awkward conversation, followed by terrible self-loathing.

Following that fateful day, when I finally got a diagnosis, I decided that I needed to reinvent myself. The society’s rules that I had always taken to heart, believing that the preachers must obviously know what they were talking about, after their life’s experiences, had led me to this. It was time to break out of the metaphorical shackles placed on me by the society that apparently “wanted the best for me”. 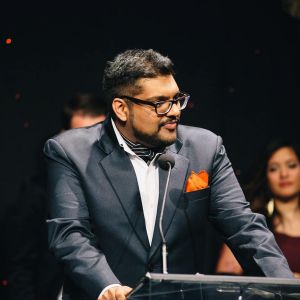 Fast forward to 3 years later. I had graduated and had been working for two years in a Dutch company as a software engineer. I was definitely a different person. Holding a conversation wasn’t a problem anymore. Neither was making eye contact. My body didn’t shake from stage-fright anymore, when in a public speaking situation. I didn’t nearly care enough about what others thought of me either. But, the “blues” had come back, as they had multiple times in the days before. I hated my job.

Since my diagnosis, I had become tremendously interested in mental health and psychology and had read voraciously on it, as I still do. It had become a passion for me. I had also realized that the right field of the profession for me would be marketing, for 3 reasons – a) It involved connecting with people, b) It involved writing (content), and c) It involved creating (campaign, growth hacks, etc.), 3 things that I really love doing.

In the midst of a breakdown which lasted a few months, and saw me skipping work left, right and center, I wrote MBA admission exams. Four months later, after numerous applications and interviews, I had received my admit letter into a business school in Toronto, Canada. 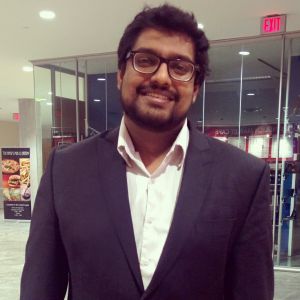 Aug 2014 saw me moving into a foreign land. Canada was like the anti-India. It was quiet, with a very polite society that didn’t believe in suppressing a person’s basic personality. Living in Canada really “made” me. I came to discover, and become proud of what I am. I really really stopped giving in to the “What will others think of me?” attitude. I made friends,  which had always been a struggle.

But those two years were also some of my toughest, thanks to the culture shock, some abandonment issues (from making and then losing some friends), and a very heavy course load. I was diagnosed with Generalized Anxiety Disorder (or GAD). During therapy, it also emerged that I might have had the illness since I was a kid. But there was no relief this time. You see, Depression I had come to accept, and could somewhat deal with. Anxiety, on the other hand, is an experience that apart from being mental, is also tremendously physical. Dealing with an anxiety attack is one of the toughest things I have faced, and continue to face in my life.

My battle continues to this day. I struggle on a daily basis. I moved back to India in January this year. I had realized that the one thing that can help me cope with my demons is to find work where I would get to follow my passions professionally. It wouldn’t completely fix me, but it would distract me enough, as well as maybe have some healing effect. It was a stroke of luck that I found this company called YourDOST and landed a job there in the marketing department. For the past seven months, I have been working to spread awareness about mental health in India, and to help people fight their battles, something I wish someone had helped me out with at all those times that I needed support. This job is what gets me out of bed every morning.

I also started a support group, comprising of some friends I met at a mental health-themed event here in Bangalore. These are people who, like me, have struggled all their lives with mental illness, and together we support each other and try to help each other as much as we can. 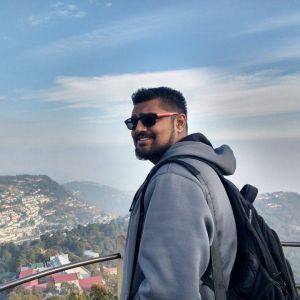 I know I have a long battle ahead of me. It may even be lifelong. But I know that this fight is worth fighting. My mental illness tries to break me every single day, but I am not going to give in. In the words of William Earnest Henley :

“No matter how strait the gate,

how charged with punishments the scroll.

I am the master of my fate,

I am the captain of my soul.”

Suyash is a sensitive soul who has always struggled to find his place in the world, but thinks that he’s made progress towards it now. He is a marketing professional, with an MBA from Schulich School of Business, Toronto, and works with YourDOST, his goal being to try and make the world a better place, one smile at a time.