My grandmother was one of the strongest women I knew. She was bulletproof in every way. She taught me how to keep a cool & calm head in the most adverse of situations, and was the definition of poise. There was a lot I learnt from her and her loss was particularly damaging for me. But it was the circumstances surrounding her loss that taught me one very profound life lesson.

You can die of a broken heart.

In less than a week of the passing of my grandfather, my grandmother passed away too. My grandfather had been suffering and frequenting the hospital for well over 7 years. There were many who were thankful that he had lived a long and full life. There were those who were grief stricken at the loss of a beloved. But my grandmother stayed quite. She was jaded and her eyes were glazed. There was a quiet goodbye between the two of them just before he was taken off to the crematorium.

And then there was the depression. She wouldn’t eat or drink. She had lost interest in everything. A wry smile used to flash when she saw her grandchildren, and then she’d go back to her pensive self. On the 6th day, she broke down and cried her heart out. I could never imagine seeing her like that, but she quickly composed herself. That was the last time I saw her alive. She went to sleep that night and she never woke up. 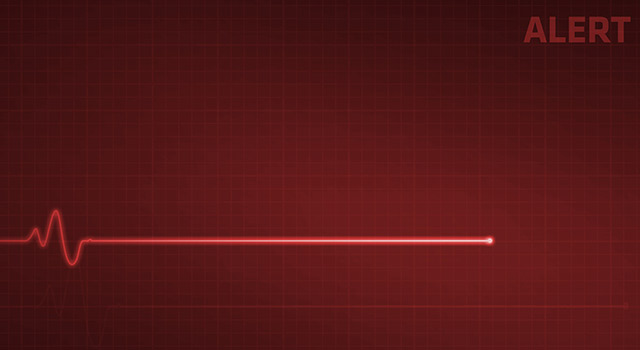 My mother told me that she had a heart attack and died in her sleep. But I overheard the doctor talking to them, saying something about a “broken heart syndrome”. That’s when it hit me. She was grieving too. She and my grandfather had been together for over half a century. Suddenly losing her life partner would have been so hard on her. But hard enough to kill her? I wasn’t sure.

So I researched and it turned out to be true – there is something called a broken heart syndrome. It resembles a heart attack and is induced by high levels of physical or mental stress. And yet, the ECG from a broken heart looks nothing like a heart attack. The blood test shows no sign of damage to the heart. But there is a physical swelling of the heart and it hinders proper functioning of the heart. This can actually cause permanent damage to the heart too.

What was unfortunate about this particular incident is that broken heart syndrome is usually not fatal, and people affected by it usually recover within in a few weeks. However, if left untreated, it can cause permanent damage, and in rare cases, it can be fatal. In my grandmother’s, it was probably the time at which it happened. Nobody could have known.

After that day, I always found myself asking, “would she have wanted to go the way she did?” She missed my wedding and she never got to know my wife. My sister never got to see as much of her as I did. But at the same time, it is extremely selfish of me to have expected her to live for me, even after her beloved departed.

Did she want to go? There is a clear correlation between heart disease and depression, but how much of it is related to her losing interest in living?

Are you going through a tough heartbreak? Talk to the Experts at YourDOST and get personalized guidance.