Thrashed at school and fired from every job for being a ‘feminine man’, turned away at the door at most auditions for being a ‘manly woman’, her 32-year-long struggle paid off and she is now where most models would kill to be.
Anjali Lama is just as much — if not more — woman as anyone else.
I’m not saying it because her doe-like face has cheekbones sculpted as though by Michelangelo himself and deep-set eyes that can look into the spotlight completely unfazed and unintimidated.

I say it because she epitomises the survival instinct that women of our time need to develop to get their due. Like most women, she was born listening to a sermon that coerced her into a box, denying her the truth about herself and her worth. Like the more courageous among us, she went on a relentless, oftentimes lonely pursuit of that truth. And when she discovered her truth and learned her rights, she knew it would set her free at the cost of the comfort of society. She, however, chose the former while giving a bold one-fingered salute to the latter.
Meet Anjali Lama, the first transgender model to walk the ramp at the Lakmé Fashion Week.

A shadow of a doubt 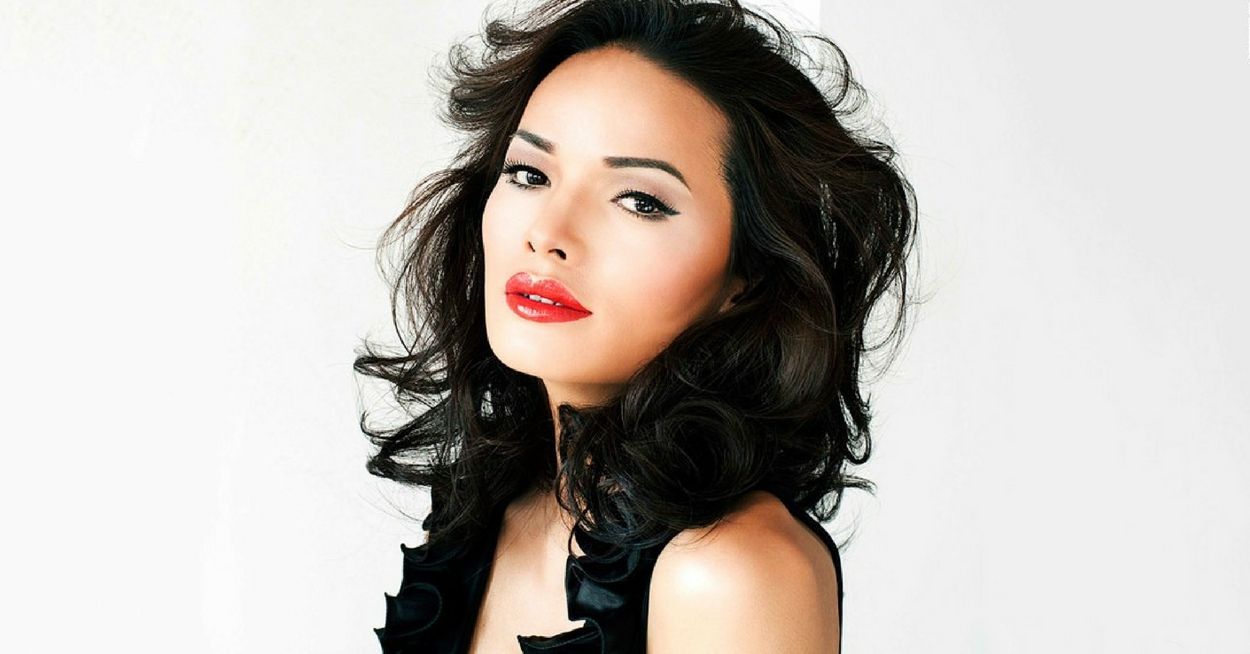 In her early years in the small town of Nuwakot in Nepal, she was Nabin Waiba — a little boy who spent his days mulling over his society’s yardsticks of sexuality and gender, for they seemed to have no room, and no word, for him and his body of experiences. “My behaviour was always questioned under the rules of gender stereotypes. I was limitlessly close to my mother and would always befriend the girls in school. This brought me huge criticism while I was very confused by it all,” she recalls.

She embarked on a journey of self-exploration early on, but clarity evaded her. When she moved to Kathmandu for college at the age of 18 and took up a waiting gig in order to pay off her tuition, her hotel went on to fire her soon and ruthlessly, saying that her “feminine behaviour” made their customers uncomfortable. “The most shocking part was that urban Nepal had the same attitude, in spite of there being more awareness there,” she recalls.

After catching a documentary on the trans community that formed the last piece of the puzzle, she met a group of transgenders, the Blue Diamond Society. Having been shunned from and even ostracised in most of her social circles, in this trans community, she found not only her answers but also the courage to embrace those answers knowing that unconditional love waited on the other side.

“That was the turning point and the thought of going closer to my truth and real self gave me the courage to come out,” she narrates.

From her early years, she had sensed and experienced the society’s tilt towards men, while womanhood warranted no pride. Thus, she had known that she would encounter not only criticism but also bemusement from her peers who wouldn’t be able to grasp why she wanted to voluntarily become part of the sex that was looked down upon.

Turning from a boy to a girl was blasphemous for some minds. My family, friends, and relatives were not at all supportive. All of them had the same question – ‘why?’ So, I preferred to disconnect myself from them.

Rounding up the courage to undergo the procedure, Nabin Waiba was ready to shed his skin, literally and metaphorically, and in turn, give this world Anjali Lama. “Keeping aside the financial part, which was undoubtedly tough to manage, there is month-long pain involved in the sex change process. I owe a lot to my community. My name Anjali was given by my community and it’s my most prized possession,” she says.

While she was ready to take on the world as her all-new and true self in a body that no longer felt like a costume, one part of her old life that she would have liked to retain was to be the same son and best friend to her loved ones. But, alas, she was all alone in this grand new beginning, as her family was not in favour of the move and chose to cut her off. “It feels amazing to live as the real you. I am a person with strong determination, an attitude to never give up, with an ability to choose people wisely who can encourage me to prosper,” she explains.

With this new life came the chance to start over and reinvent herself. A chance magazine cover shoot assignment for Nepali magazine Voice of Women came her way, and the experience assured her that modelling was her calling in life. Living in Nepali hinterlands, she found that the digital medium and social media, in particular, were the best ways to communicate with the outside world and scout for work while telling her story.

While she was resolute, the decision makers of the modelling sphere were unsure not just about her eligibility as a model but also as a human being.

Transgenders are treated a little unfairly everywhere — be it jobs or accommodation, nothing comes easily to us. I’ve had to listen to harsh words of some clichéd minds.

Casting managers everywhere wouldn’t even attempt to disguise their bigotry while turning her down. She would ace the trials, evidently be among the best and most passionate of the auditioners, and yet, rather than a ‘yes’ or a ‘no’, she would almost customarily receive a “Sorry, but you’re trans,” as an answer.

After two crushing rejections, she came to hear about the LFW model auditions from their Instagram handle. Cautiously hopeful again, she mailed them to confirm whether she fit their eligibility criteria.

While the LFW did not think she made the cut as a model the first time around, the second time she applied, she was clearly ready and they asked her to come down. “I started doing secondary research on Indian models’ dynamics and gestures to participate at the auditions,” she explains.

This serendipitous turn of events brought her to Mumbai, a place that gave her the comfortable embrace of home and the unconditional love of a family. “I got acceptance here. This city has given me the hope and showered love in the most profuse way possible. India is a little better when it comes to development than where I come from and people here are by and large helpful. This triggered my decision to come here and explore more opportunities for my career,” she explains.

Having said that, she confesses that cracking the LFW “was no cakewalk.” But what gave her the drive to gun after this goal was the knowledge that she could right many wrongs for her community. “Fashion is conducive. It has massive global influence in a positive way and is a strong avenue of self-expression. So, it has the power to turn around the psychology of even the most rigid minds,” she says.

She’s only getting started

The next few weeks were a blur. From getting a resounding yes at the audition to scorching the ramp as a showstopper, the LFW has been the highest point of her career till date. “They were an incredible five days, made even more memorable by the people. My win here got me tremendous appreciation from my community as well as friends, and now, a lot of people talk about me and are aware of my story,” she says.

She now plans to settle right here, in maximum city, as she considers Indians far more liberal. “They are more receptive to the inclusivity movement, and this is great for our community,” she says.

Throughout this roller coaster of a journey, Anjali would think about her family every so often and has felt that all the highs would have felt a lot more special had they stayed by her side.

I certainly missed my family and friends. Had they been here, the fun and excitement would have quadrupled. It’s sometimes scary to be alone but I feel happy with the success I have got. I always keep myself busy to keep peace with myself

She dreams of winning a renowned brand campaign feature while continuing to walk the runway. And with her happily ever after in sight clearer than ever, she now confidently urges people undergoing turmoil about their identity to show courage, for the sun will shine on them if they do. “When you can’t accept yourself, how can you expect others to accept you? Get rid of the closed structures of gender and sexuality and thrive being real,” she signs off.

If you have been through a difficult time and want to speak to someone, Talk to the Experts at YourDOST. The experts are there to help you out.