There is a common saying that,

“To be a man is to be in charge. To be gentle is to be a wimp, a weak excuse for a man, an object of derision and ridicule.” – Michele Toomey

Usually, there are groups of people fighting for women’s rights, equality for women but while doing so men tend to lose the limelight. There is a misconception that men are exempt from gender roles. It is a false belief that they do not have the burden of expectations, stereotypes or societal pressures. They are free from slut shaming.

But, is that really true?

In truth, men have different yet complicated expectations such as forcefully fitting in the hyper-masculine and misogynistic mold. They are not usually free to express their emotions. A man’s natural love of art leads to question his sexuality.

Generally, the grotesque ways of sexism damage women. From economic inequality to political disenfranchisement to literal and physical abuse – women have to go through a lot of hardships. Men, on the other hand, have had to abide by their share of stereotypes too.

Stereotypes and Gender Roles against Men:

As the identity of “appropriate” gender roles is socially constructed, men need to learn the masculine expectations.

Men are often discouraged from expressing their physical or emotional weaknesses. From childhood we all must have at least once heard “don’t cry!” or “be a man!” What does this mean? Men are equally human and they have emotions too. Suppressing their emotions as Celia Falcov, the author of Latino Families in Therapy says can keep men from asking for help. Being emotionally restricted and having to constantly prove one’s manhood add more stress to men to live in the society.

Teaching men empathy and creating emotional awareness will help them pass through social traumas as children and teenagers. It will further help them handle the pressure of being silent about their emotions.

Men are influenced by masochism. They are compelled to express hurt by fighting back. Violence is the key tenets of hegemonic masculinity. From football matches to the popular cinema all show men to be aggressive. The popular English writer, Virginia Woolf writes,

… to fight has always been the man’s habit, not the woman’s. Law and practice have developed that difference, whether innate or accidental.

Thus, masculinity and violence seem to directly relate. Those men who aren’t violent are considered effeminate.

Men are often expected to fit in a social group. Even children have been burdened by the natural desire to fit in and be accepted. The failure and success of trying to fit the mold of this male illusion can be linked to bullying. Cultivating a sense of belongingness among men is the psychological fertilizer which leads to building cliques and gangs.

‘Men are strong and aggressive. They can protect themselves from male assailants and obviously women cannot rape men.’ Stereotypical thoughts like these have led to men being silent about abuse. According to psychologist Dr. Sarah Crome, fewer than 1 in 10 male rapes are reported.

Rape can be defined as sexual assault against a person without consent. Thus, men can also be raped by men as well as women. Just like the consent women. it is important even men should be equally willing for sexual intercourse. 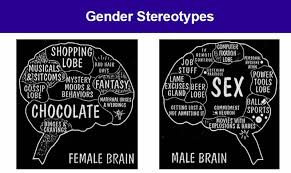 When men grow up in a sexist and macho environment, their perception is influenced accordingly. The emphasis on sexual prowess can lead to men cheat in relationships. They are considered the bread earners of the family. All this can negatively impact their relationships. It has been systematized that a single man should have a vision for his own life. The one who is married or aspires to marry must be prepared to look after the society.

Women do not want to be with men who are not personally motivated. Men are supposed to lead the entire family while going through the storms of life.

All these stereotypes have been concluded due to the cultural norms we follow. While women are victims of oppression by men, even men can be subjugated by the society. There is a greater pressure on men to abide by gender roles.

Are you unable to handle the societal pressure of gender roles? Speak to the Experts at YourDOST to confidently fight against such stigmas.