Everyone goes through some sort of failure. Most people associate failure with complete defeat. Failure doesn’t leave you empty handed. The lessons learned are the most valuable ones.

What is one of the most important reasons to fail?

Claude Steele, a psychologist at Stanford University, has experimented and observed how certain people perform under pressure. He has observed that when undergraduates were given a standardized test to measure their intellectual ability, the white students did much better than their black counterparts. The similar group of students was then given a test with no relevance to ability, the result of the blacks and whites were virtually identical.

Steele concluded that this difference is due to the “stereotype threat”: when a group of people is put into a situation where they are confronted with a stereotype about themselves here, about intelligence-the resulting pressure causes their performance to suffer.

Similarly, when you decide beforehand that you will be careful about not committing a mistake you tend to do exactly what you shouldn’t do.

Steele’s experiment hypothesized that only those who want to perform well feel the pressure of “stereotype threat”. This leads to making mistakes or coming closer to failure. When a person fails, usually, the prescription is that you work hard and retake the test more seriously but this would only worsen the problems. 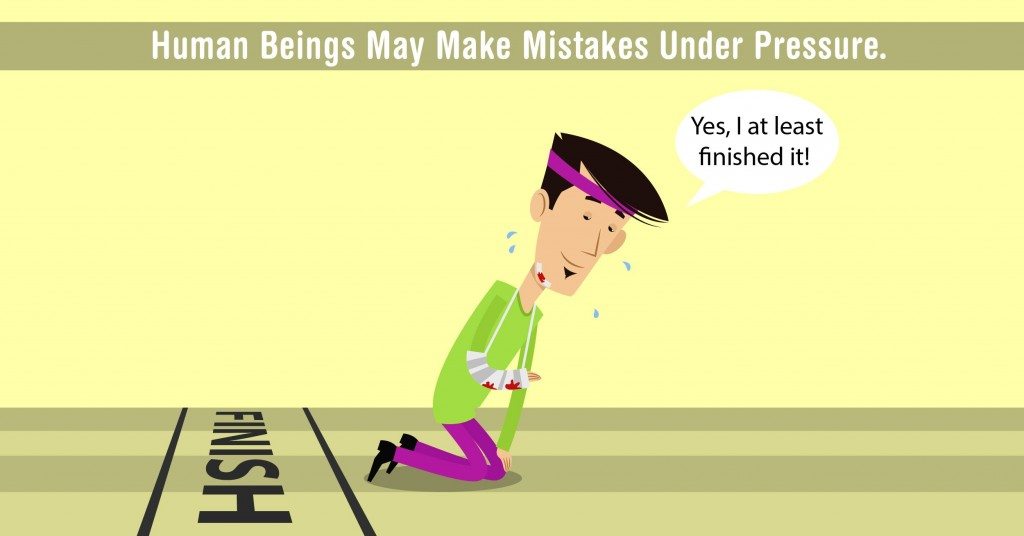 5 Lessons To Learn From Failure:

1. Failure is an opportunity:

The experience with failure becomes an opportunity to learn how to express compassion and empathy when somebody doesn’t achieve their goals. You will know the difficulty and understand how the mind works during a failure. the brain builds oxytocin, which brings warmth in your behavior. When you have had the experience of failure, you tend to feel more thankful about all that you’ve achieved. You are thankful to those who helped you and even those who didn’t.

When you fail it is often felt that there is nothing else left. It takes an emotional toll on you breaking you physically, mentally and spiritually. It hurts you more than you describe but it still helps you build your personality better.

J.K. Rowling whose Harry Potter book series had been rejected by several publishers, says that her experience made her analyze and prioritize well. Knowing your priorities helps the brain to organize, focus and know when to stand up and move forward.

Each successive failure makes you reshape your values. You will realize that what was important 5 years ago is no more valuable now.  Usually, the inability to recognize what’s valuable is blamed for failure.  But in time you learn to categorize your values and put them in order. Therefore, you can happily succeed now instead of succeeding to be happy.

4. Failure presents you with knowledge:

Failure brings with it firsthand experience and knowledge. This knowledge can be used in the other events in life.

5. Success is not everything:

When you fail and learn from it, you realize that success isn’t the only thing important. When your values are aligned with your goals you continue to learn during the journey than just reaching the final destination. When you value success over everything else, failure tends to look bad. But, when you value happiness and your efforts success becomes effortless.

Are you not able to handle failure? Talk to the Experts at YourDOST to get over failure and get your daily dose of motivation.