Women have always been and still are responsible for the majority of the housework. This notion is so ingrained that on reading this, most of us will not be amazed or question the statement. Why has it become stereotypical for women to pitch in more when it comes to chores?

Marriage has traditionally been a functional construct, wherein men are expected to financially provide for their family, while women are responsible for the household chores and raising of the children. Giving birth to a child is the greatest gift of god, however, time spent during pregnancy and childbirth impacts women’s productivity, keeping women less involved in chores outside the house and has led to an easy solution to the division of labour.

Studies have also found that girls are asked to do more work around the house than boys. This practice delivers a strong message for both genders: girls learn that housework naturally falls under their domain, and boys learn to depend on girls for chores as well.
Some studies have also shown that since women are regarded to have higher cleanliness standards, the household responsibilities naturally fall on them.

This is especially evident in marketing messages which mostly feature women in advertisements related to home products. 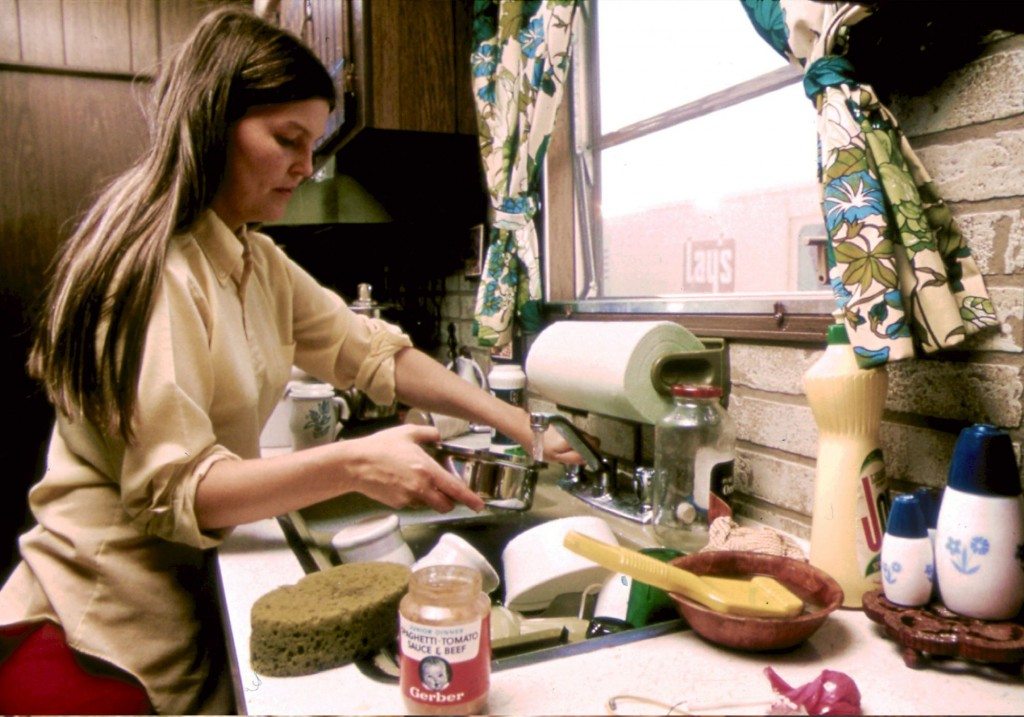 Finally, a significant reason for the existence of the chore gap is due to the wage gap. Men spend more time working for money and women do the bulk of unpaid household chores This work is essential but “is also valued less than paid work, and when it is women’s responsibility, it prevents them from doing other things.”When the time women spend on unpaid work shrinks, labour force participation increases by as much as 20 percent.

The impact of this “chore gap”, the difference between the amount of housework done by women and men, is immense,

Firstly, it provides a disincentive for women to look for jobs beyond the realms of the household.

Secondly and more importantly, “unfairness in the division of household labour can lead to feelings of anxiety, demoralisation, depression and worry”. Housework can also cause distress in a marriage because it offers “less recognition and minimal feelings of accomplishment, compared to paid work. This dissatisfaction can lead to marital discord, unhappiness, and low self-esteem for women.”

India’s chore gap is the largest in any country for which data is available, according to World Economic Forum’s study in 2014.

Our country has seen a lot of growth and development. However, in terms of empowering women, we haven’t done enough. Our women are now doctors, scientists, engineers, and leading businesswomen, why is household still a woman’s job? How can we change it?

Here are some of the ways in which we can make little changes to make the division of chores more equitable:

As a mother, make sure you are delegating tasks to all family members, as a father, ensure that you help out with chores. In fact, men can actively promote gender equality: by taking parental leave, by sharing the double shift of childcare and housework, by helping out with simple chores such as laundry and washing dishes.

2. Get the boys involved early:

3. Find champions in both men and women:

Look for examples around you of women you admire and how men have been instrumental in contributing to their success.

It should concern every brother, father, and husband. A very touching ad campaign by Ariel #ShareTheLoad thoughtfully and sentimentally dwells on partnering with men to better delegate chores. Sheryl Sandberg, Facebook’s COO, applauded the ad saying it was the “most powerful videos I have ever seen – showing how stereotypes hurt all of us and are passed from generation to generation. Share the concept; have the dialogue.

Be flexible in terms of household standard. Agree on the “must-do” and “should-do” jointly with your significant other and keep each other accountable for it.Make it easy. Invest in products that may reduce the overall time invested in household chores.

When the men help out, don’t take it for granted. Smile and be gracious. Most of the time we complain and do not appreciate the effort,  love and care put in by the spouse.

Men may not always be the most intuitive, so don’t expect them to read your mind. When you need help, explain and ask for it. It is likely that they were just clueless.

Plan goals and rewards on completion of goals. Do not take it as a burden.  Celebrate, play music, spend time together shopping and doing activities that you enjoy.

Reduction of the chore gap is necessary to bring harmony in the family, respect for women in the house, general feeling of happiness, satisfaction and understanding. This will also lead to an increase in productivity levels of women in various professions and overall productivity of the nation.

We have a long way to go to close the chore gap but little steps lead to big victories. However, you can try to build strong family bonds. Get personalised plans, dedicated coaches and tips to build family bonds stronger.