You want to motivate your child to do well in his/her 12th standard exams. How do you think you should do it? Should you tell your child how difficult life will be without a good education, or how great things can be with a good education? Many parents (and bosses and teachers and people in general), tend to take the first approach, but here is research that says the first method might actually be more effective. 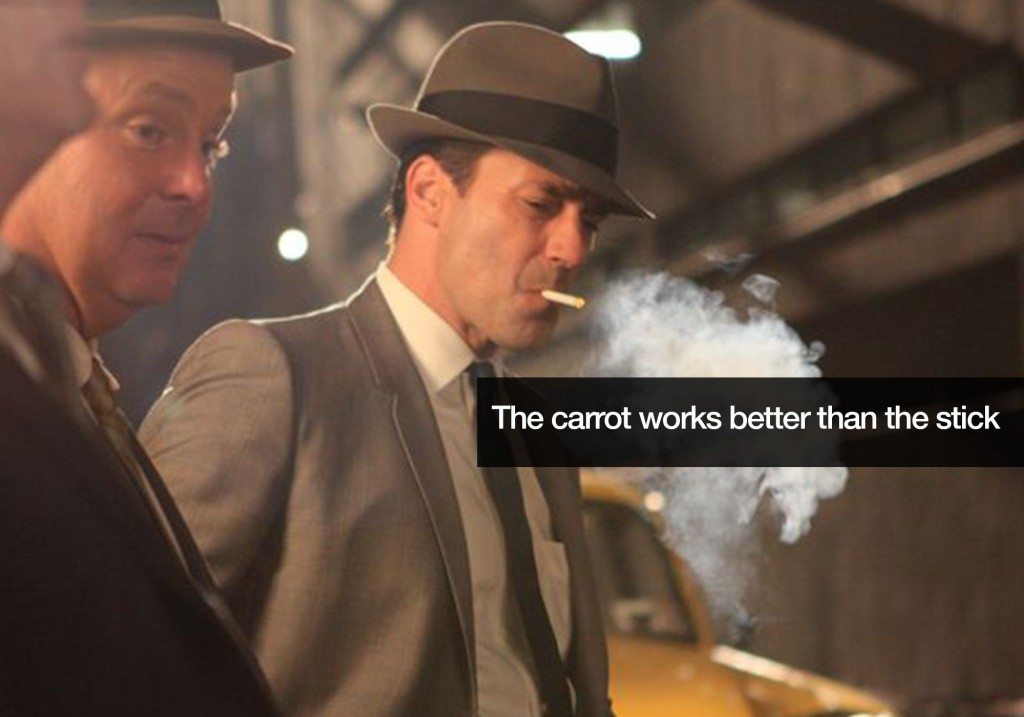 Did you just read that paragraph again to check what the first approach was? (Yup, I can tell! Haha!) Did you think scaring people is more effective than trying to allure them? Well, you’re not alone. After all that is what governments across the world are doing, to curb smoking. They put scary images and clips of cancer on cigarette boxes and at the start of movies, to scare people that smoking is really bad for them. But, how well has that worked? On the other hand, what if the government spoke about how your teeth would be whiter, your breath would smell better and you’d be more fertile if you didn’t smoke?

While initial research suggested that disturbing images and news were more effective, there is also research that points to the contrary.  A meta-analytic review by Daniel J. O’Keefe & Jakob D. Jensen (2008)shows that there were positive effects of positive messages. For instance, we are more likely to wear sunscreen if you tell us that it will give us spotless skin than if you tell us that it will cause sunburn.

The logic behind these findings is that we don’t like to be morally policed or bullied into doing something, even if it is good for us. Or it is simply that we like thinking about pleasant things than preparing for doomsday.

This finding can have other real life implications. For instance, according to research conducted by Kahneman and Tversky, popularly known as the Kahneman and Tversky experiment, doctors who want to ‘sell’ a particular form of treatment are better off telling their patients the survival rate, than the death rate. So if the survival rate is 40%, you are better off saying 40 people will survive than 60 people will die.

This seems to be in conflict with the ‘common sense’, marketing approach that you must tell people what they are losing out on if they aren’t buying your product. But hey, why does it have to be an either or approach? The simple solution offered by author of Roger Dooley, ‘Brainfluence: 100 Ways to Persuade and Convince Consumers with Neuromarketing, is to present the loss in negative and the gain in positive. So, you can say this many phones break if dropped, but this many phones are saved by our phone covers. Get it?

So why don’t you try the positive framing approach and get back to us? For more cool, psychology hacks, stay tuned to the YourDOST blog!