“Have you been checking my phone and reading my messages?” I asked him vehemently. “Yes I was and I’m sorry. But I’m surprised to know that you are part of a WhatsApp group with Tanmay, Zeeshan, and Fahad. And you are planning to meet them in Cafe Coffee Day on Sunday. What is going on Disha?” He asked me with a surprised look on his face, sprinkled with disagreement. “What do you think is going on? 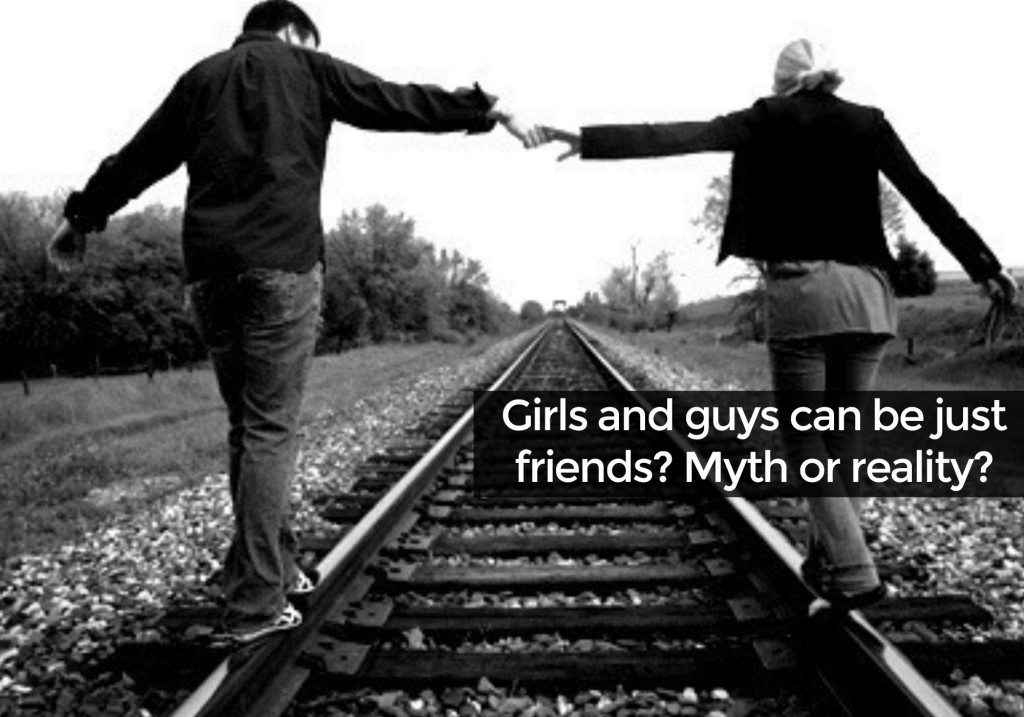 They are my friends since 10th grade and I am very close to them. We haven’t met since 2 years and it’s fortunate that they will be in town this week”.  As I completed my justification, the psychologist in me tried to decode the behavioral pattern of my fellow psychologist boyfriend. It looked like he was battling with himself. The psychologist in him encouraged him to look at the situation from my point of view, but the boyfriend in him found it absurd to maintain a platonic(non-physical) relationship with friends of the opposite gender, even though we immensely trusted each other.

He always felt it would lead to suspicion, insecurity and other problems in the relationship. “Disha, I have seen many of my friends breaking up due to the presence of comradeship maintained with the opposite sex. No matter how good a person’s intentions are, love and intimacy will always get between friendships”. He looked concerned for my well being and mostly for the sustenance of our 3 years long relationship.

I tried to bring humor into this matter, in order to deal with it in a calm and composed manner. I enacted the famous MonishBehl dialogue in Maine PyaarKiya,“Ek ladka aur ladki kabhie dost nahin hote”. (A boy and a girl can never be friends) “Is that what you are trying to tell me?” I watched him chuckle at my filmy behavior and said ,“Yes that’s what I mean”.

“See, that is the problem with our society. We have always been brought up to believe that a man and a woman can only have a relationship that is sexual or parental in nature.”

‘Let’s start with the definition of a friend: the Oxford dictionary defines it as A person with whom one has a bond of mutual affection, typically one exclusive of sexual or family relations’. The word ‘person’ itself is universally unbiased of gender, according to the English Language.”

As I spoke, I watched him listening to me with full attention. He seemed to be speculating on the points to be used in his defense. His rigid, competitive posture suggested his interest in the ongoing debate between us.  “Our media doesn’t help us any better. Bollywood and Hollywood movies like ‘When Harry Met Sally’,’JaaneTuYaJaaneNa’,’Hum Tum’ and many more depict the protagonists as best friends in the beginning, but they eventually end up as lovers.

Many Educational institutions and schools discourage students to sit with fellow classmates of the opposite gender. Co-ed schools separate the boys from the girls when the students reach grade 7th. This is the time students reach puberty and it is the best to separate them. This very mindset proves the so-called social theory, that a girl and a boy can never be friends”. I sighed with a triumphant smile on my face.

My boyfriend took it as his cue to start substantiating on his points.

“A study published in the a Journal of ‘Social and Personal Relationships’ was printed in the Indian Express. It stated that men can never be just friends with women as the law of attraction always gets in the way. Men, whether attached or single, were more likely to be attracted to their female friends and expected more than a platonic relationship from them at some point, unlike women who were unaware of this.

I grinned at him and said. “Sexual attraction is simply an attraction it need not be acted upon. Unrequited love or one sided love is a result of not acting upon the attraction felt by one of the friends. A great example of this can be the Bollywood movie DilThoPagal Hai. The character Nisha (Karishma Kapoor) was attracted to her best friend Rahul (Shahrukh Khan) but she wanted the best for him. Even though it was unrequited love, they resolved their conflicts and remained the best of friends.”

Yes, this is an endless debate, due to the vast amount of complexity involved. Friendship is a range on a spectrum. Some people move on from friendship and explore a relationship. And some people choose to stay within that spectrum. But what is important to note that, it is possible for a man and a woman to not only remain friends but also the best of friends without affecting their respective friendships.

Boundaries need to be set beforehand — the friend needs to respect the personal space of the couple.
In fact introducing your friends to your partner is also a step which can be taken to strengthen the bond of trust between couples. Your partner can also get to know your friends of the opposite gender over a cup of coffee. Sharing memorable childhood experiences and thoughts coupled with laughter can help the partner to feel secure with the idea of their lover’s cross- sex friendship.

If the partner feels insecure and uncomfortable with the friendship maintained by his other half, he should not bottle it up. Voicing out his discomfort at the right moment is necessary. Suppressing it over a period will lead to extreme frustration and insecurity. And that accumulated anger will eventually erupt like a volcano. Harsh words may be spoken, which were not really meant to hurt his partner.This might weaken the strings of their relationship. The movie ‘Hum TumhareHainSanam’clearly shows the above mentioned situation, its consequences and its realisation. It portrays a very insecure husband, finally learning to trust himself and his wife enough to accept the intensity of her friendship with another man.

An open minded and understanding approach on this matter needs to be taken. Times are changing. Aur Dosti mein sthreeling-pulling kyon hona chahiye?”(Why should there be male and female in friendship?) I watched him, listening to me earnestly. His expression gradually softening. I held his hand, looked into his eyes and gently said

“When it comes to our relationship, as long as the foundation of trust is strongly built, no platonic friendship will be a hurdle.”

My boyfriend’s serious expression slowly changed into a smile. “Disha, I will keep myself free on Sunday. I would like you to introduce me to your friends.” Yes, it would take him some time to accept my point of view, but at least he took baby steps.