The death of a loved one is a difficult phase for anyone. It may lead to a sudden and very strong sense of loss and bereavement, leading to intense grief and depression. However, losing someone by the act of suicide has far greater and untold repercussions on the lives of individuals, than any other form of loss. 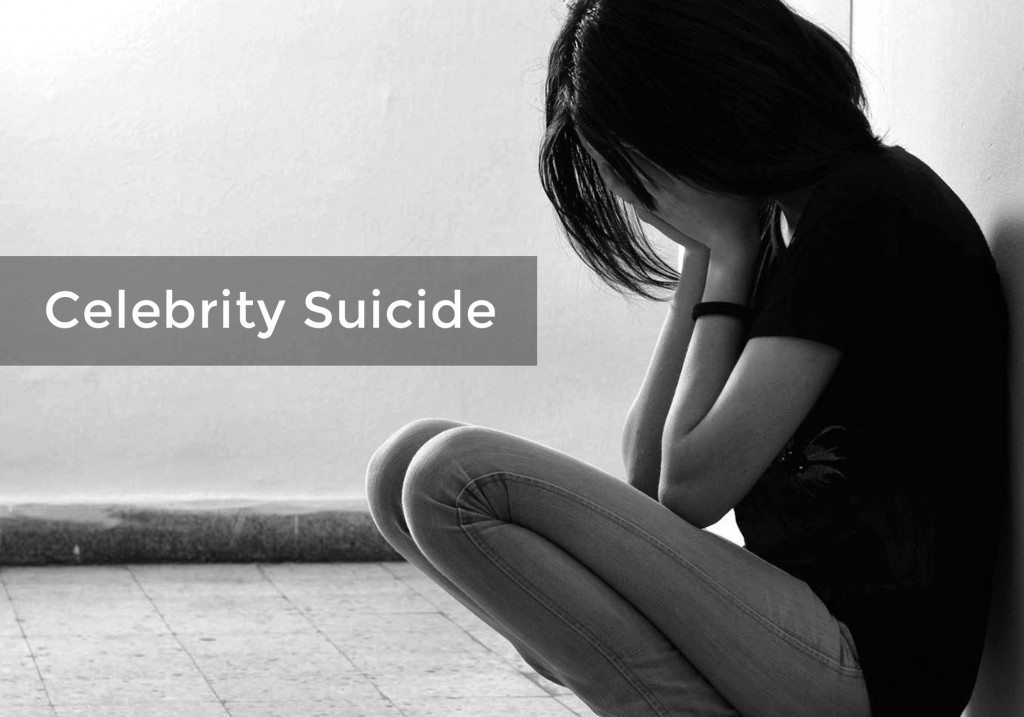 Suicide often leaves survivors in a state of utter shock and agony, and the after effects along with the lack of closure can lead to extreme ramifications. When a celebrity takes their own life, not only are the emotional consequences of the survivors high, but the matter is also publicized greatly by the media which often leads to a state of collective mourning across the country, thereby disrupting the lives of many people.

Celebrities come into our lives through television, social media, smartphones, and newspapers, and tend to become a source of comfort and idealization for many of their fans.

Ubiquitous discussions and debates take place, which in most cases doesn’t focus on the root cause which may result in finding solutions, but simply tend to repeat the entire matter over and over again. “Werther effect” is a term used to denote a sudden spike of emulated suicides after a celebrity takes their own life. Local knowledge or depiction of the facts of the original suicide in the media is said to increase what is usually known as “copycat suicides”. This is what Dr. J. Raymond DePaulo calls the “contagion effect”.

According to a study conducted in Hong Kong, celebrity suicide increases the risk of suicidal ideation in the short as well as long-term, among the masses.

According to WHO, more than 800,000 people commit suicide every year, and many more attempts to take their own lives. Suicide is a global phenomenon which affects individuals from all walks of life, irrespective of country, religion, caste, ethnicity, creed or gender. Truly, suicide knows no boundaries!

People who commit/attempt suicide often have a previous history of depression, substance abuse, trauma and grief, sudden loss and bereavement, or a history of suicide in the family. It may also be caused due to mental illness or psychosis.

The risk for suicidal behaviour is indeed complex. However, suicide is not an act of cowardice. It is not resorted to by people who are weak, crazy or ineffectual in their lives. It is not a bid for harmless attention, but an extreme sign of distress that should always be taken seriously.

The world has lost many of its dear celebrities, and talented performers by suicide. One of the recent cases which shocked the world was the death of Robin Williams. The famous actor was diagnosed with early onset Parkinson’s disease and had a history of depression and drug use. Another shocking suicide was by director/producer Tony Scott who ended his life by leaping from the Vincent Thomas Bridge. In 2003, actor Jonathan Brandis took his own life when he was just 27, thereby joining a long list of celebrities such as Janis Joplin, Kurt Cobain and Jimi Hendrix who died accidentally at the age of 27.

Some of the other celebrity suicides which have impacted the world massively are those of Philip Seymour Hoffman, L’Wren Scott, Lee Thompson Young, Alexander McQueen, Mindy McCready and Don Cornelius.

Each time, the plight of these helpless individuals have gone unnoticed by the world and resulted in their tragic and untimely deaths. Some of the celebrity suicides that have been widely covered by the Indian media are that of Jiah Khan, and most recently Pratyusha Banerjee.

As these celebrity suicides garner a lot of attention from around the community, they also attract different kind’s of views. For instance, the recent suicide of Indian Television Actress Pratyusha Banerjee garnered some mixed reactions from people within the industry.

Here are a few reactions:

Veteran actress Hema Malini called suicide to be senseless and we have no rights to kill ourselves.

She also went on to add that ‘losers’ commit suicide:

However actor-producer-director Karan Johar took this opportunity to highlight the importance of Mental Health.

Another television actor Karan Wahi highlighted on why Suicide is not right way out!

Not the way to go….rip pratyusha banerjee….wen smeone dies they dont die alone…suicide is neva the rite way out.. SAD

In order to find solutions to the problem of suicide, we first need to have a thorough understanding of what it is, and how various factors contribute to it. Celebrities are no different from regular individuals when it comes to health. They suffer from the same physical and emotional ailments.

According to WHO, effective and scientifically based measures can be implemented at population, sub-population and individual levels to prevent suicide and suicide attempts. Therefore, an attempt needs to be made to eradicate false belief systems pertaining to emotional health and steps should be undertaken to ensure we can create a society that is free from bias and judgement, and every individual can seek proper treatment and assistance when it comes to mental health.

The Troubled Story Of Deepika Padukone