Sexual harassment does not happen only on lonely streets at 2 in the morning (Not that we are saying that is okay). Everything we knew about sexual harassment is challenged by the ‘Everyday Sexism’ campaign that is taking the internet by storm. 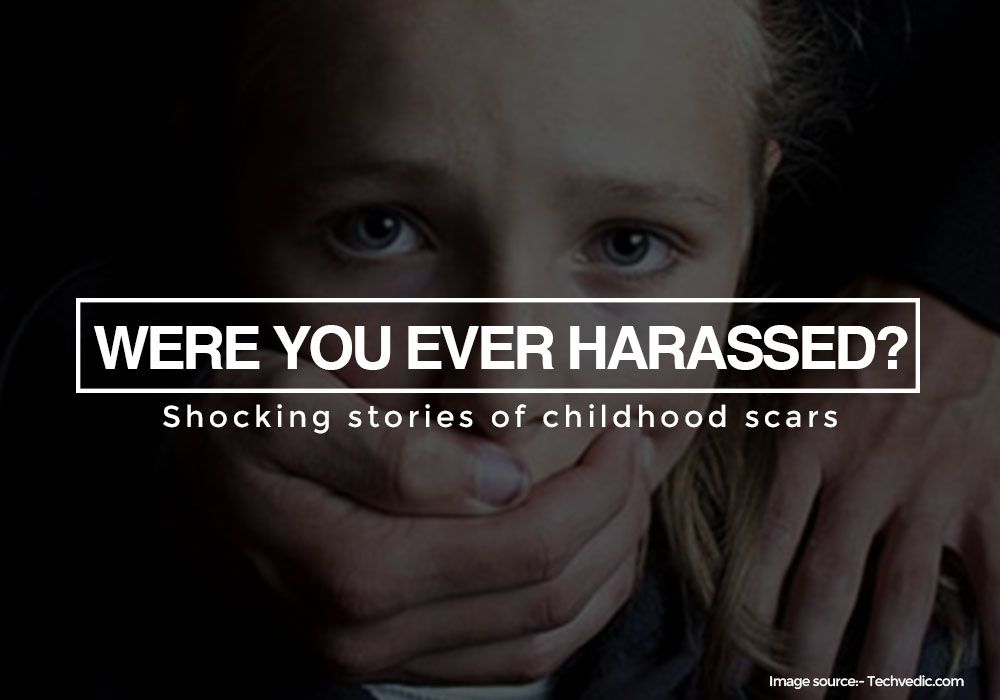 Sexual harassment happens in our homes, within our schools and it is not that farfetched. Many, many men and women have been subject to sexual abuse – of varying degree, from being watched to being touched.

#WhenIWas a little girl, I had to pass through a public playground to go to the school bus stop. At the playground, there were invariably these older, college boys playing hooky from class. They would whistle and catcall and sing lyrics of offensive songs.

It got so bad that I started avoiding the playground and instead chose a longer route to get to the bus stop. It has been more than 12 years since then. But I still can’t get myself to go anywhere near that playground.

Here are a few examples of people who have spoken up about their brush with sexual harassment in their childhood:

#WhenIWas 6 the boys would pull my dress over my head and pull my underwear down. They were never punished because “boys will be boys”.

#WhenIWas 17 I was told in court that theres no way I was raped as I wasnt deemed attractive by my rapist. Tell me we don’t need feminism.

#WhenIWas 15 my friend was assaulted by her boyfriend’s friend. when she reported it, the first thing asked was “what were you wearing?”

#Wheniwas in HS, I was sexually harassed. Counsellor told me to show school spirit: if offenders were suspended, the hockey team wld lose.

#WhenIWas younger, people would repeatedly ask my dad if he wished he could had a son instead of an only daughter

#WhenIWas 14 walking in school uniform 2 grown men lifted my skirt up from behind. 1 said to other “pink pants, thought so” @EverydaySexism

It takes immense courage to come out and speak openly, but in doing so half the battle is won. There is help out there that you can avail immediately. You could talk to experts at YourDOST anonymously and confidentially.

So no more bottling up – speak up, speak out!