She was huddled in a corner of her room, her head buried in her legs, hugging her knees tightly and weeping uncontrollably. Was this the end of a relationship which she thought would last till eternity? Did the promise to never leave her, no matter what, reach a dead end? 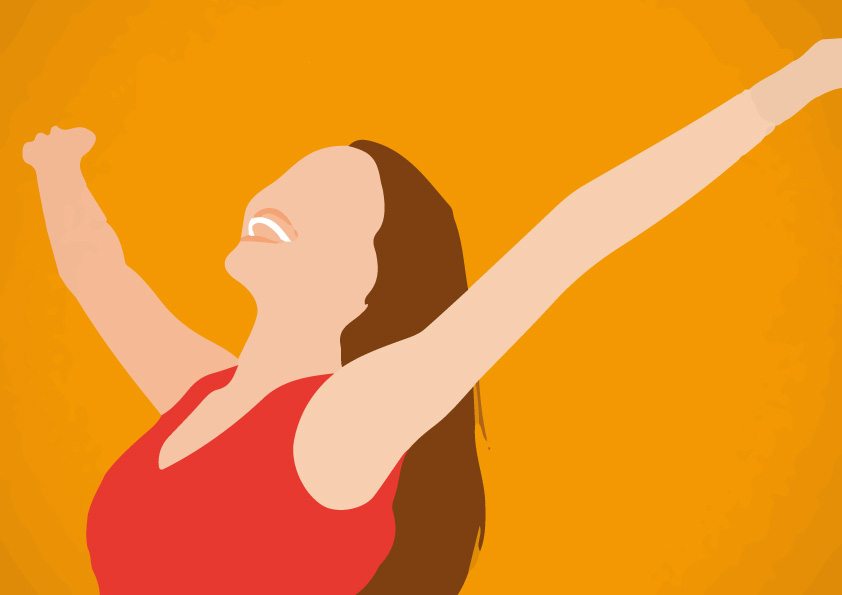 The person, she felt she knew better than herself, showed her a side of him which was unimaginable, monstrous.

A time came in her life, where her own existence felt unimportant to her. This was evident from the manner in which she was staring at the fan and the chair, constantly pondering over her thoughts, replaying every moment she spent with him. Constantly wondering, what blunder did she commit, to undergo this extreme sorrow that knew no bounds?

Can she ever pick herself up and move forward from this dreadful situation? Can she ever face him with confidence, strength, and happiness in her eyes?

The person she once considered her world, left her stranded in the middle of a world, which she felt no longer belonged to her. Could she visit those same places, listen to those songs; look at those gifts from him without being affected by those memories that were embedded in it? Will she ever be able to trust and love another person unconditionally?

That night, she cried herself to sleep wishing she could somehow never wakeup to see the next day. “You need to show him how happy you are without him. Smile, laugh, take loads of photos and post it on social networking sites. He needs to know that you can live without him. Pretend to be cheerful and show it to the world that this doesn’t affect you”. This was the common advice received from few of her friends.

In about 2 weeks’ time, she realised that she was fully eligible to receive the ‘Best Actress of the University Award’. Her swollen, puffy, red eyes from last night’s constant tears were concealed with the help of kajal. Her gloomy face would get replaced immediately with a painstaking fake smile on entering the college premises.

His presence, achievements, and showcased happiness affected her emotions terribly. Those beautiful dreams with him would get shattered the minute she woke up from her sleep every morning. Living her fantasies through her dreams helped her to escape reality.

But was escapism the right option given the circumstances? Her feelings constantly depended on his activities even though they remained strangers to each other. His success made her feel inferior and worthless. She now covered herself like the hard shell of a coconut, afraid to expose her soft, tender emotions.

Would she ever be able to see light at the end of this deep dark never ending tunnel? Yes, her friend studying counselling entered her life like a Fairy God Mother. She held her hand and pulled her out of this tunnel, bringing her back to witness that light which she forgot, existed. “Why are you making your life into a pretense? You are not only fooling people around you, but you are also deceiving yourself with that fake happiness of yours. It might have been weeks, but it is quite evident that you have not moved on. Learn to accept your emotions and be truthful to yourself.

It will be painful and it will take some time. But be patient and learn to love yourself. Engage in activities because you want to and not to exhibit it to him. The external factors affecting your happiness cannot be controlled, but the internal factors can be. This is because they are in your hands.

You can either choose to be affected by a situation or not, it’s your call. You don’t need to be scared to face him anywhere or anytime as you did no wrong. Pull yourself up; you deserve happiness and satisfaction in life.

“While dealing with a breakup, give yourself 2 gifts – TRUTH & TIME. The power of truth– to be truthful to your inner feelings. And time- to heal the wounds”.

She banked on this piece of advice and used it like a lifeboat to guide her through her rough journey. Accepting her feelings for what they were, made her realise that she was her own master and her own key to unlock the treasure of happiness in front.

She learned to keep herself busy by engaging in her hobbies, spending more time with her friends and family and working hard towards her goals. Time slowly helped her overcome the melancholy she never thought she could.

She understood the importance of letting go of something that never belonged to her. Only to make a place for something else that will be worthy enough to fill that void in her heart someday. Her experiences of dealing with this painful situation taught her many life lessons and made her much stronger than before. She learnt to stand up for herself and not to give any external factor, the power to affect her emotions.

She learnt to spread her wings and experiment various fields of her interest. She was clearly able to detect all the qualities she detested in him, but earlier blinded by love, she had quietly put up with. Vitally, she understood that every experience be it good or bad had some learning in it. And it is only wise to embrace it and develop into a much stronger and wiser you, than what you were yesterday. A few months later, she received a call from a number that seemed distantly familiar to her.

Could it be his? She picked up the call. “Hello! May I know who is this? I’m sorry, I think you dialed the wrong number”.  As she cut the call, she smiled. She had moved way ahead to pick up the broken pieces,which were better left unattended.

As cited in the novel “Marry Me, Stranger” — Love doesn’t always happen to strengthen our beliefs. Sometimes it happens to destroy all our previous beliefs and faith and gives us a chance to re-look at our own conclusions.”

Are you finding it too difficult to deal with a bad break-up? Don’t worry, we are there for you. Talk to a YourDOST expert and get guidance and support on how to get over a bad break-up.