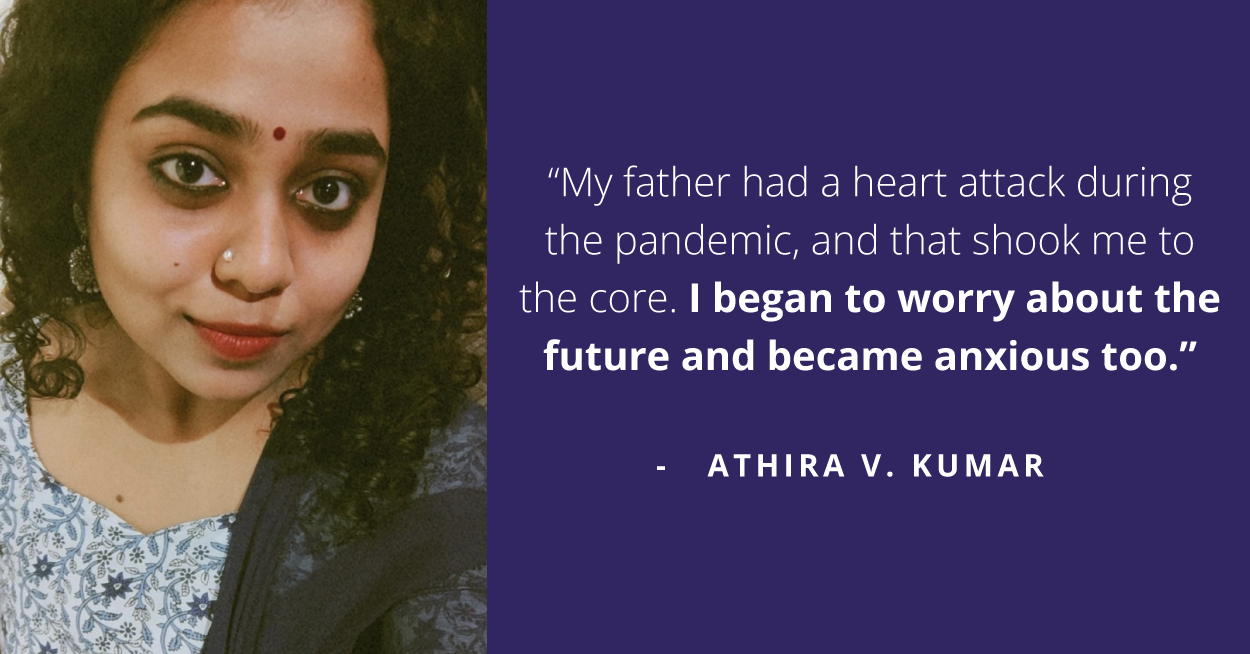 Hailing from Kerala, this is the story of 25-year-old Athira, who has broken stereotypes, more than once! Where everyone around her was planning to get married or settle down the other way, Athira was headstrong to pursue her dream of working at an organisation and she went above and beyond to fulfil the same.

Athira is a bookworm, and she even enjoys watching TV shows and movies! She is a total extrovert, who loves to interact with people. “I was waiting for Work from Home to get over so I can quickly go back to the office and meet my peers”, says Athira.

“I joined Byjus as a Business Development Associate, as I love talking to people. It was a WFH setup. During my training period, my father had a heart attack. I stopped eating and felt numb for the time.”

Athira’s world came crumbling down at her once she heard the news. The training period was already stressing Athira out, and the atmosphere at home made her suffer an anxiety attack. She began to worry about her future, as Athira was beginning to doubt herself as well. Let alone talking to others, she was finding it hard to even dial a number. Once a free soul, Athira was questioning own self by comparing her skills with her peers.

“I began to start liking the dark. Even during the daytime, I used to keep my curtains closed and always had this thought of running away in my mind.” 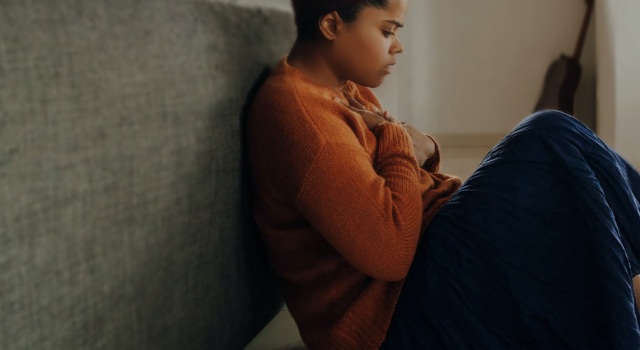 Athira was already dealing with the uncertainty back at home, and the work also made her feel insecure. As Athira’s episodes of anxiety attacks increased, she reached out to some of her friends and them, being a supportive clan, urged her to seek counseling sessions. Athira got introduced to YourDOST through Byjus and decided to talk with a counselor.

Athira, like many of us, had many questions in mind before starting with therapy sessions such as, “Will the counselor judge me?”, “What if I don’t really need it?” and so on. But, she was adamant about seeking help and so she booked an appointment.

“I booked an appointment but right before that, I got an anxiety attack and so put the phone down. But I badly wanted to seek sessions so I tried again and connected with a counselor via chat option.”

Ramitha, a counselor from YourDOST got connected with Athira and began the sessions to address her anxiety issues. Even though Athira picked the chat option to start her therapy, she was amused by how Ramitha was so patient and felt heard. Ramitha used to acknowledge Athira’s words and made her feel heard.

In order to give Athira some techniques to reduce anxiety, Ramitha suggested she write her thoughts down on paper and reflect back to them in order to make a room for peace in her daily life.

Ramitha also suggested Athira make a to-do list and abide by it to make her feel productive again. As Athira’s father’s health also got better with each passing day, she automatically began to feel good. 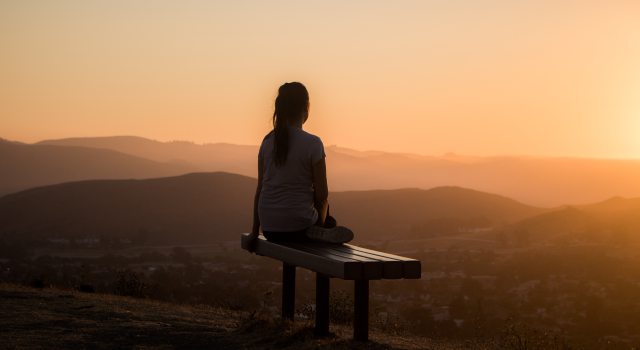 “Ramitha’s relaxation exercises and tricks to mindfully eating worked well for me. I began to eat again.”

Athira also did some stress and anxiety relieving exercises and felt better after it. She made journaling practice and in turn, felt like having the power of her life back in her hands. Athira was feeling like herself, again and she extended her hearty gratitude towards Ramitha saying, “Thanks for understanding me when I really needed to be understood and heard”.

As a practice, Athira even downloaded an app on her phone which reminds her to drink water at a certain interval. Athira strongly believes that a healthy body creates a healthy mind and even her friends began to notice the same.

“I became mentally stronger post-therapy. I don’t have anxiety attacks anymore. Venting out to Rmaitha was hands down the best part about my sessions.”

Athira rated her overall improvement through therapy a solid 5 on 5, and we second that! Athira now works at Byjus as a Senior Business Development Associate and thanks to the management for introducing her to counseling from all of us YourDOST, we salute Athira for prioritising her own wellbeing and conquering anxiety attacks!

Athira’s Warrior Tips:
1. If you need the help, get the help.
2. Counseling is the best gift you can give yourself. Trust the process and your counselor.
3. Remember, you deserve more and you deserve the best.