Sixteen years ago an incident changed Prutha Desai’s life. 26th January is a national holiday, so schools were closed. She was sleeping and it all looked like a dream. Her mother came rushing to the room to wake her up. She asked her to run as fast possible.

“I could see everything shaking and moving in the house and people running here and there.”

Still, in sleep, she walked down slowly from the second floor while everybody else was running. She had managed to reach the parking area but before she could go out it happened.

“All I saw was that the entire block is coming down on me and then I can’t remember anything as a big concrete slab hit my head.”

After a few hours as she got back her consciousness, she found herself surrounded by darkness and a red blinking light.  The loud noise of honking cars and which troubled her. There were broken cars all around and the smell of leaking petrol was all over the place. Prutha was stuck in the window of a car and couldn’t move her body!

“Meanwhile I was very thirsty and saw water on the ground so I licked the ground just to quench my thirst.”

All her attempts to remove her hand went in vain. She was in tremendous pain but could do nothing about it. There were hundreds of people gathered to save all the trapped victims but her cries for help seemed impossible to be heard. There was a mountain of debris above her. 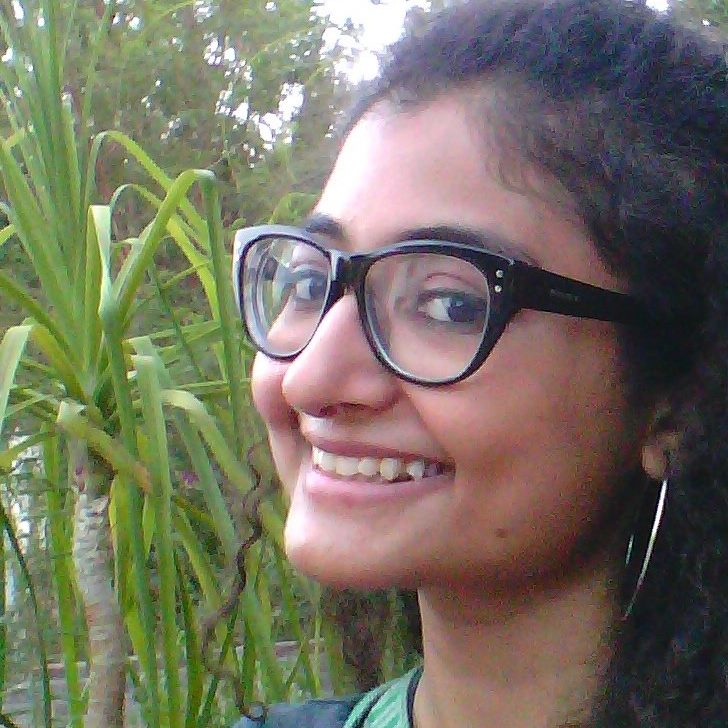 As the Rapid Action Force team arrived, they used the JCB machines to remove the debris above. More debris fell over and around her. While she kept asking them to stop something horrible happened.

“There was a dead lady in front of me and as the rescue team was removing the debris through JCB machine a big slab fell on that lady and her body was cut into three pieces and all blood was over my head and I still can’t forget her face.”

A military personnel tried to rescue her out. He tried to remove her hand by putting a jack in the car. But as his attempts were unsuccessful they decided to amputate the right arm.

“But again there was a problem as the doctor said that he won’t be able to give anaesthesia to me and would have to cut the hand without giving any local anaesthesia.”

Unable to bear the stinging pain, Prutha asked them to go ahead.

“The next thing I saw was a team of doctors and rescue team tied a tightrope on my hand and amputated my hand with a big knife and I can’t even express the pain I went through.”

There was blood all over the place. After 36 hours of battling the pain, she got back her consciousness in the operation theatre. Once she was operated it took her nearly a day to regain her senses. She immediately asked for her parents but her mother was also hospitalised and her father had no courage to face her.

Unable to gather strength to even get up, reality hit her hard. She was merely 12 years when she lost her right arm. The atmosphere around her depressed her further. She had lost her appetite and only cried for days together.

“I decided not to meet anyone. Because at the age of 12 you think of things like, how will you tie your laces? How will you write with your left hand? How will you comb your hair?”

Prutha shared that her school’s principal was a great source of motivation. She said: “You are God’s favourite child; you should feel blessed that he just took your hand and gifted you a new life.”  With these encouraging words, she gathered the courage to face the society.

Prutha has done MBSS and recently completed MD in Psychiatry. The journey to get back to life was nothing close to easy.

“Over the years there have been people who have been rude to me, there were colleagues who would talk to me in an insulting tone but again, there were professors and other classmates who have been very nice and supportive to me. And of course, not to forget the family and few good friends who always stood by me and helped me reach such a great stage in life.”

From being stuck under the building for 36 hours to losing an arm and becoming a doctor, Prutha has come a long way. Prutha has an encouraging message anybody who has felt low:

“We humans have a tendency to underestimate ourselves. We are much more than two hands, two legs, two ears, one nose and one tongue. We are far more than our physical appearance, our mind can do wonders and can take you to great heights. Once you realise your strength and choose your weapons wisely to fight the battles, then, believe me, nothing can stop you.”

YourDOST celebrates the #BraveSpirit of Prutha to share her inspirational story.

You can contribute your story by filling the survey or sending it to puneetmanuja@yourdost.com or WhatsApp the text/ audio/ video story to 9206116825