Harish (name changed) is being treated for depression with a psychiatrist for some time now, but it took him six long months to finally share his other “secrets”. 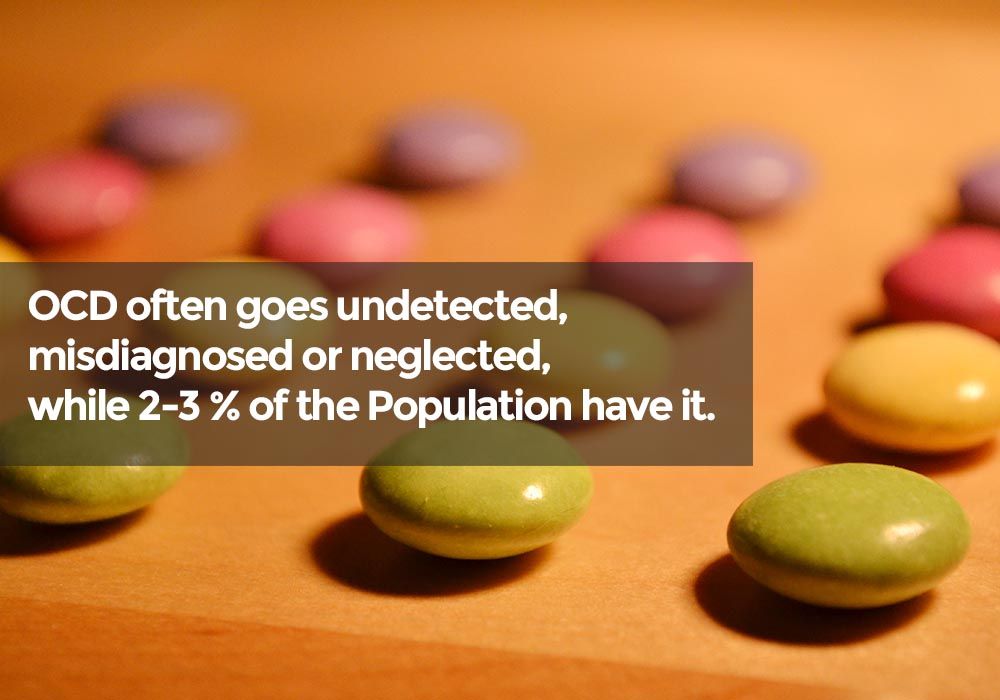 One of his main secrets was the urge to count the number of letters in words and names he came across, such that none of them have an exact count of 9. If it did, he would get afraid that something bad would happen to his parents. This affected his performance in academics because most often he would be distracted in counting letters while teachers explained concepts.

Harish’s “secret” was that he suffered from Obsessive-Compulsive Disorder (OCD).

Statistics show that, in the United States alone, around 3.3 million people are said to have OCD. While, according to National Health Portal, in India lifetime prevalence of OCD in the general population is 2-3%, which means 2-3 persons in every hundred persons have OCD in their lifetime. It affects men and women equally.

According to Anjendra R Targe, a Consulting Psychiatrist in India, “OCD and the spectrum are quite common, and often go undetected, misdiagnosed. Also because of poor knowledge and information about OCD, people invariably don’t seek help advice and treatment until very late stages of the illness, since they don’t realize it’s a problem until it becomes very severe.”

What is Obsessive-Compulsive Disorder (OCD)?

Obsessive-Compulsive disorder (OCD) is a form of chronic anxiety, where a person has recurrent disruptive thoughts (obsessions) that may result in repetitive behaviours (compulsions). Anxiety about thoughts or rituals over which you feel you have little control is typical of OCD. OCD can take many different forms.

OCD broadly has two parts to it:

Obsessions stem from repeated uncertainty towards a thing or a person, for example, a dislike towards a particular colour. Such thoughts generally are due to suppressed anger or depression and too much emphasis on dos and donts , moral values and right and wrong . People with obsessions might have been subject to suppression during their childhood. Due to anger or dislike, they are unable to accept themselves and substitute it with compulsion.

However, obsessions are to be distinguished from ruminations or worries about routine life issues as finances, children or job security. Thoughts on everyday life cannot be considered to be obsessions.

Some of the common obsessions are with:

What are Compulsive Behaviours?

A compulsion is a repetitive behaviour in response to the feeling of guilt. It is difficult to stop this behaviour and is provoked by Obsessions. Examples include washing of hands too many times, showering too frequently or washing things around the house.

Compulsions are often performed repetitively and in some stereotyped or ritualistic fashion. You may be bothered by urges to perform rituals like repeatedly turning off and on a light switch until it ‘feels right’.

Some of the common Compulsions are, repeatedly:

It is not possible to make a list of all Obsessions and Compulsions as each of it varies from person to person. Also, OCD bothers each person in a different way. It appears as though OCD ‘knows’ what would bother you the most and hones in on that. For example, if you are a particularly religious person you might be plagued by repugnant religious OCD thoughts and these are a lot more upsetting to you than they would be to a person with below average concern about religion.

How to Tackle OCD?

One of the therapies to tackle OCD is through Systematic Desensitization Method. This method is also called as Exposure and Response Prevention method, in which the patient is exposed to whatever situations that trigger the problem and then prevent him or her from engaging in the usual ritual.

For example, a person who has OCD with greasy substances allows himself to become greasy while adding oil to the lawnmower (exposure), but instead of washing it immediately, he prevents himself (response prevention) from it.

Dr. Paul Munford, in his article for International OCD Foundation, writes, “One of the earliest, and better, psychological explanations for the acquisition and elimination of OCD symptoms is Mower’s two-stage theory (Mower O H 1947). In the first stage classical conditioning occurs. The best-known example of classical conditioning is Pavlov’s experiment that conditioned a dog to salivate by ringing a bell. This was achieved by ringing a bell (a neutral stimulus), and presenting the animal with meat powder a substance that naturally elicits salivation (and unconditioned stimulus). After a number of such pairings of the meat powder and bell, the dog salivated in response to the bell alone. The bell had been transformed from a neutral stimulus to a conditioned stimulus for salvation.

Classical conditioning works with people as well. For example, if a person has an unexpected frightening experience, for instance being robbed at gunpoint by a short man (unconditioned stimulus), he or she can become fearful of other short men (conditioned stimuli), even though the person knows most short men are harmless. Thus short men, who were previously neutral stimuli, having been paired with the trauma of robbery are transformed into conditioned fear stimuli. This is classical conditioning of fear”.

By exposing yourself to your fear, anxiety increases temporarily. However, by continuing to avoid your usual compulsive behavior response, your anxiety is allowed to naturally diminish. The obsessive-compulsive cycle is broken, and the obsessive thoughts weaken.

However, confronting such fears is not easy and it may require special guidance from a trained professional.

OCD is an anxiety disorder, which requires a professional help. Ignoring or hiding it, will only worsen the situation. For more information on OCD and to get help on it, talk to our experts at YourDOST.