What is it that separates extremely successful people from the rest? If your pick is hardwork, innate talent and luck, take another guess. While, hardwork, talent, and to some extent luck, is important to succeed, they are just a small part of the whole puzzle called success. Decades of research suggest that successful people are able to reach their goals not because of who they are but what they do and how they do it. 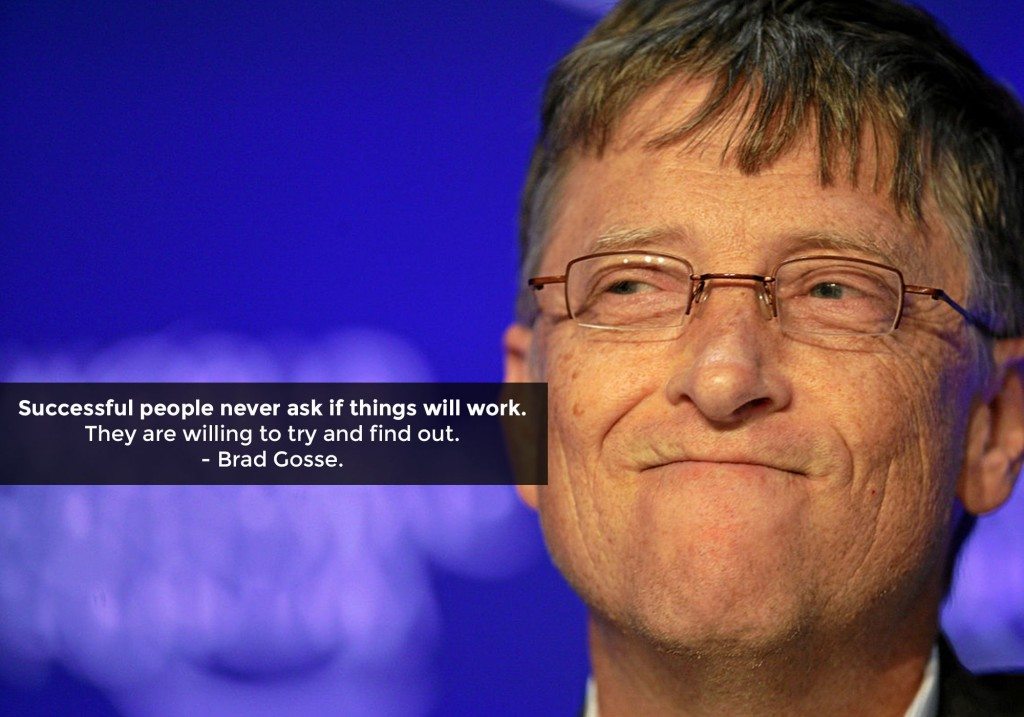 In this post, we look at 5 habits of extremely successful people:

Successful people set specific goals. For instance, ‘I want to lose 10kgs in 2 months’, as opposed to saying ‘I want to lose some weight’. Research says that, when you have a specific target — which is clear and precise — ahead of you, you are more motivated to achieve it. Also, while setting a target they think of a specific action plan to achieve it. So next time you set yourself a goal make sure it is very specific.

One proven tactic to set goals is using the S.M.A.R.T formula i.e. to set a goal which is: Specific, Measurable, Actionable, Relevant and Timely.

Successful people are the ones who make things happen. And they do it while being creative. They don’t settle for an easy way out but look for the best way. One of the classic examples of creative problem solving is of Elon Musk, who envisioned a better spacecraft which is inexpensive and at the same time uses off-the-shelf-technology. With that, he started Space X, and began testing on his own — and was indeed right.

Here’s a quote from a book written on him: Elon Musk: Tesla, SpaceX, and the Quest for a Fantastic Future

“Traditional aerospace has been doing things the same way for a very, very long time,” said Drew Eldeen, a former SpaceX engineer. “The biggest challenge was convincing NASA to give something new a try and building a paper trail that showed the parts were high enough quality.” To prove that it’s making the right choice to NASA and itself, SpaceX will sometimes load a rocket with both the standard equipment and prototypes of its own design for testing during flight. Engineers then compare the performance characteristics of the devices. Once a SpaceX design equals or outperforms the commercial products, it becomes the de facto hardware.”

A surprising truth about creativity is that although a lot of people place ‘creativity’ as a vital component to success, many undermine their own creativity.

A poll conducted by The Time Magazine found that 91% people say that unleashing creativity is vital to our personal lives and 83% believe it’s important for our professional development.

Another survey conducted by Adobe showed that only 25% people think of themselves as creative. Thankfully, it’s not that difficult to reawaken your creativity.

One common trait of most successful people is their absolute focus on improvement, and on learning to master a new skill. They prefer progress over perfection. Studies have shown that this mentality of focusing on improvement and progress actually enhances the experience of working.

When we think in terms of progress, we automatically find more interest and enjoyment in what we are doing. Furthermore, studies have also shown that an interest in a task, not only pushes one to keep going in spite of exhaustion but also replenishes one’s energy.

Shawn’s Anchor, author of the bestselling book, The Happiness Advantage, has studied happiness for decades. His research showed that success doesn’t bring happiness, but happiness brings success. Our brain is wired to work towards a goal and be happy for a brief period, and look for the next big thing.

Shawn’ study showed that on flipping the formula, and focussing on happiness, one can be more successful. And this is what extremely successful people do. They focus on happiness.

In addition to creativity and a desire to pursue happiness, there is one other trait commonly found among extremely successful people – Grit. Dr. Angela Duckworth, professor of psychology, at the University of Pennsylvania, describes grit as passion and perseverance for long-term goals.

Her studies across different  fields have shown that the chief predictor of how much successful one will become is not dependent on how much IQ one had, but how much grit one possessed.

So be it surviving the gruelling West Point Military Training or winning the National Spelling Bee contest, it is the grit that decides the success of an individual.

“…when they fail, they do not waste much time lamenting; blaming; or, at the extreme, quitting. Instead, regarding the failure as a learning experience, they try to build upon its lessons in their future endeavours.”

And to end it, I will just add what Conrad Hilton had said,

“Success seems to be connected with action. Successful people keep moving. They make mistakes, but they don’t quit.”

Do you think we have missed any important trait of extremely successful people? Feel free to add in the comments. Also, if you  are looking for specific tips on how to improve yourself in personal and professional spheres, talk to a YourDOST expert and get expert advice.