One of the most common and often annoying personal interview questions is: tell me about your biggest weakness. And it’s no surprise that many interviewees think of it as a pointless question – after all, who would like to boast about his / her weakness or even talk about it. 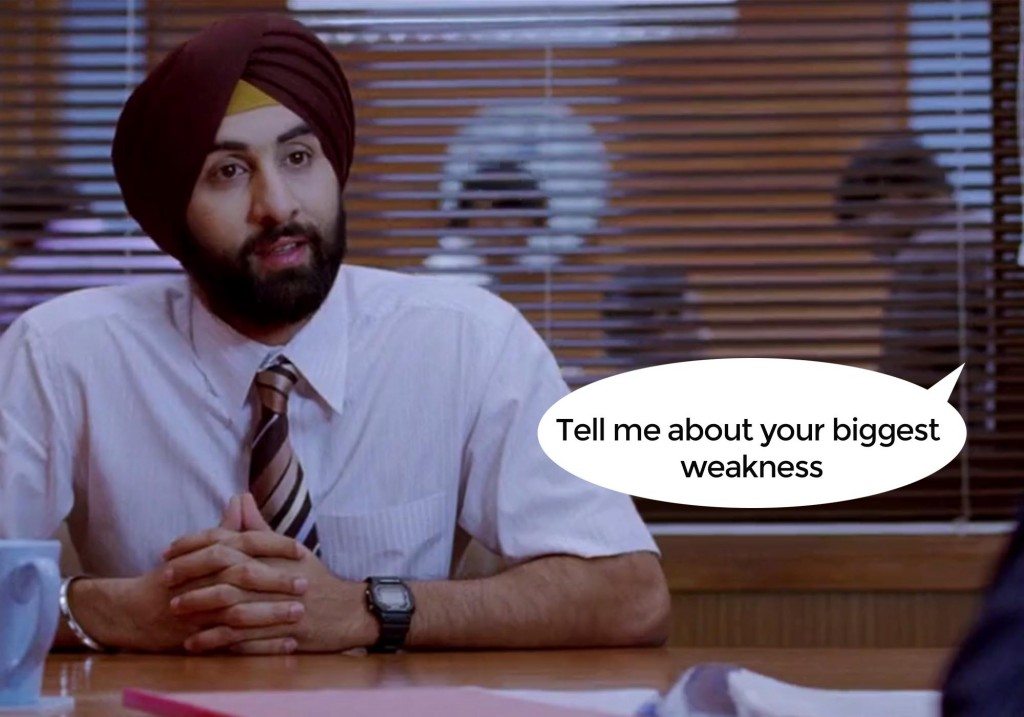 Many interviewers hold a different notion though and continue to ask this question knowing that they may not get a 100 % honest answer. But no matter which interview you give, one time or the other, you may have to face this question.

Let’s understand the common mistakes candidates make while answering the question, and what are some of the ways, you can use this question to your advantage.

Common mistakes by the candidates

So let’s understand how to answer the question what is your biggest weakness?

Things to note while answering the weakness question.

Want to get more tips on how to prepare for personal interviews for MBA entrances and other competitive exams? Do talk to YourDOST Expert

Here are a few sample responses to the question:

Well, sometimes I tend to become too honest with people when giving them feedback. This is because as a person I am very straight forward. But I have realized that being diplomatic is a better trait to possess especially in a team environment.

So I had started reading on conflict management, and it opened my eyes to how important it is when you are working in the team environment. Now I am able to give constructive feedback and handle people tactfully.

I get impatient when I see my team mates not delivering to the standards or making too many mistakes.

Over the course of time, I have learnt to approach my team mates with more professionalism while offering constructive criticism, instead of resorting to the blame game of who is responsible for the mistake or passing a judgement.

Want to get more tips on how to prepare for personal interviews for MBA entrances and other competitive exams? Do talk to YourDOST Expert