To call this day and age “The age of streaming” would not be an exaggeration. Hotstar, Netflix, Amazon Prime, YouTube, etc. and scores of illegal streaming sites have taken the Indian home entertainment industry by storm. With this, a new way of movie and tv show consumption is becoming the new norm – ‘Binge Watching’ i.e. The practice of watching multiple episodes of a television programme, or multiple movies, in rapid succession, typically by means of DVDs or digital streaming. 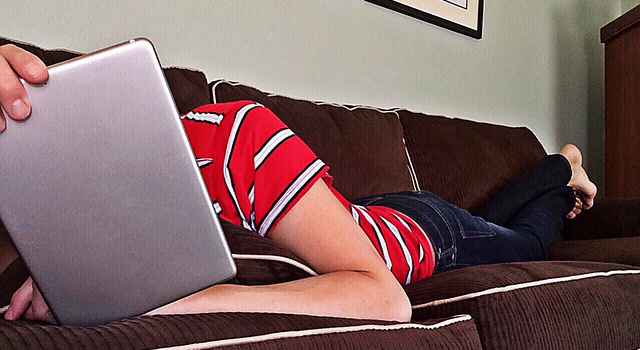 The Ugly Side of Binge Watching

Quite a few experts have criticised the practice of binge watching for it’s detrimental effects on the consumers’ mental health. A recent case from a major Indian city may prove just how right these critics are.

Arun (Name Changed) is a 26 year old marketing executive, employed with a company in Gurgaon. He approached the doctors at BLK Super Specialty Hospital, complaining of depression and anxiety. What the doctors found to be the cause of these symptoms left them shocked.

They discovered that Arun had a unique addiction that they had never seen before, and was the root cause of the symptoms he displayed – “Binge Watching Addiction.”

A Flaw in The Lifestyle

According to Dr. Manish Jain, consultant, department of psychiatry, BLK Super Specialty Hospital, Arun was under the misconception that his symptoms were caused by excessive work stress and interpersonal issues.

At first, he showed signs of severe anxiety. During consultation, he was also found to be suffering from stress

Arun’s mother reported that he was in the habit of spending long hours, at odd hours, on the internet. The doctor’s found that he was getting inadequate sleep, would binge watch documentaries, and would be unable to wake up in the morning. Consequently, Arun started experiencing anxiety and mind absenteeism and was unable to go to work.

According to Dr. Jain –

He wanted to watch entire documentaries online in one go, during normal sleep hours. A single documentary is two-three hours long

Apparently this went on for a good two years and resulted in Arun experiencing critical symptoms of depression, mind absenteeism and anxiety.

To add to that, he would travel some 70-80 kms daily, to get to work and work 9-hour shifts. Yet, Arun could not let go of his habit of binge watching, a clear sign that a harmless habit of watching documentaries had taken the turn for the worse and turned into an addiction.

Arun is now undergoing psychotherapy for deaddiction, and will hopefully make a full recovery and lead a normal life.

Streaming services have indeed taken hold of the Indian population. As of May 2017, Hotstar has about 6 crore subscribers in India, Amazon Prime Video has 95 lakh subscribers and Netflix has 42 lakh.

According to Netflix’s Founder and CEO, Reed Hastings, India is a massive emerging market for them thanks to trends like –

1. Launch of cheap 4G internet services like Reliance Jio, because of which Netflix saw a noticeable jump in it’s traffic in India

2. Indians trump their global counterparts when it comes to binge watching –

Indians took 3 days to finish an entire TV series on average, a day less than the global average of 4 days

According to Hotstar’s CEO, Ajit Mohan, a huge chunk of the 19-34 year old age group in India, is choosing to subscribe to these “cord cutters” over cable TV.

With figures like these, it is tremendously important now more than ever to make the Indian consumer aware of the downsides of binge watching, before it starts taking a toll on their mental health.

Related Reading – How To Deal With Binge Watching And Gaming

Are you addicted to binge watching and struggling to kick the habit? We’re here to help. Talk to an Expert at YourDOST today.