It was only when I was thirteen that I realized that I’m asexual. I am pretty sure that majority of your readers won’t be aware of the word asexuality. 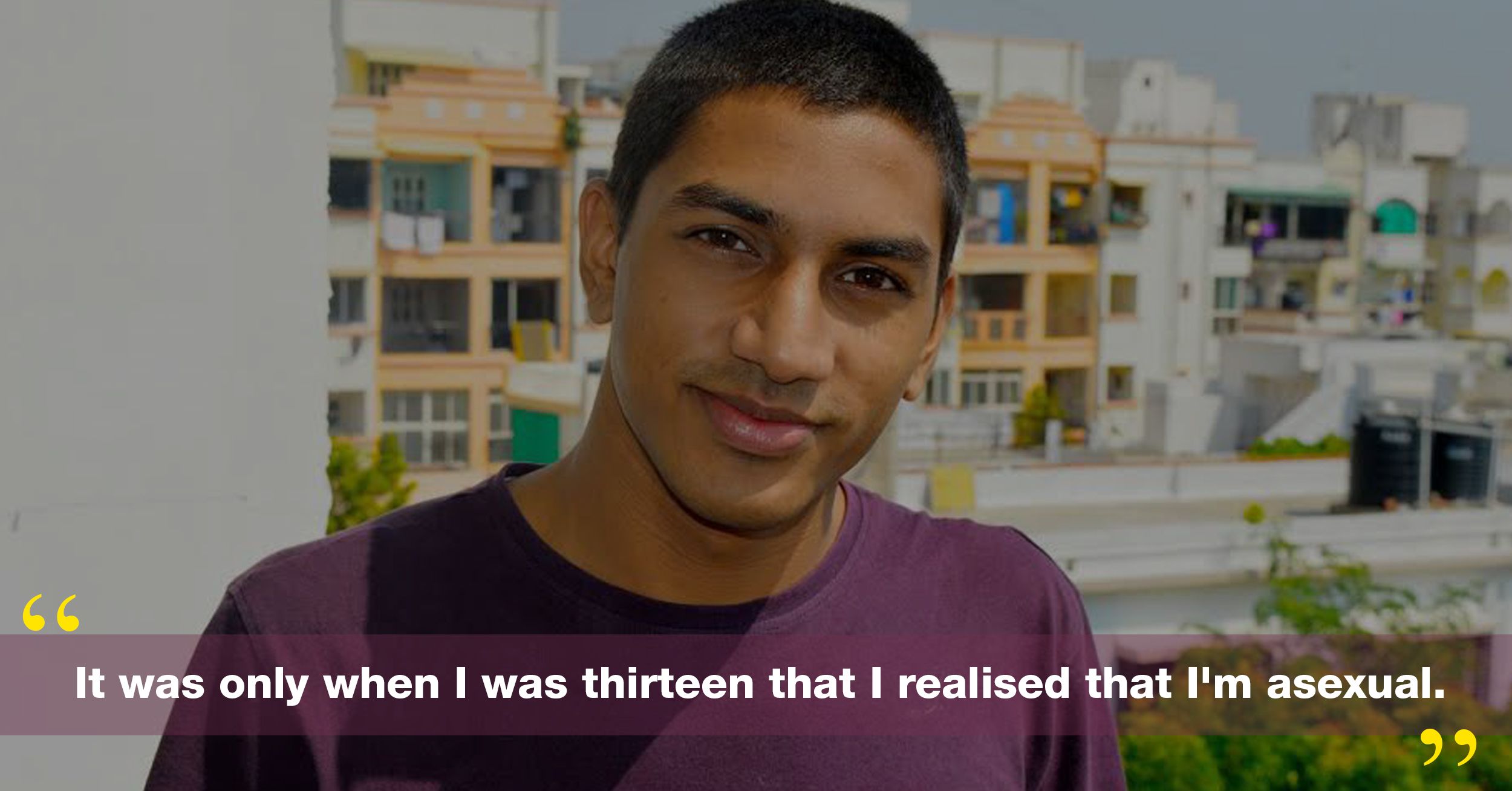 Vivek was born and brought up in Dubai for nearly 13 year until his family settled in Vadodra, India. He was around 8 years old when he felt there was something different about him than others. He knew he didn’t fit in the norms of the society. Since he was merely a kid he couldn’t understand what made him stand out.

It wasn’t easy for him to confess that he is asexual. He had several hurdles while breaking the societal norms. People didn’t readily understand that he didn’t have any sexual interest towards anyone. He was scared of being judged due to the stereotypical thoughts of the society.

There was always a fear of being misunderstood by the society and thinking about the tough life ahead once I spoke about who I was so I never came out with this secret for a long time. All these years I’ve been judged a lot by society. People have thought of me as something different on the basis of my behavior, talking and walking style.

He has been misunderstood to be a gay and it was difficult for him to explain himself to the ignorant people. The lack of sexual attraction was something new to people and they couldn’t understand it.

They have thought of me as gay and in return I could never explain my side to them. But a few years back I broke my silence and told my family and few close friends about my identity, that I’m asexual. I’m not interested sexually in any gender

Different people had different hypothesis about him and as he narrates,

At first my family called it a hormonal change of my teenage years and that I am normal otherwise. But I’d explain them that no this is me and you have to accept me as I am. They weren’t ready to accept me and were in deep shock but as time passed they have come to terms with it.

He explains that our progressive society doesn’t identify or acknowledge his personal space. It is intolerable for them to discuss asexuality or even accept that something like this could exist. While the mainstream society refuses to accept him, Vivek narrates,

Our LGBTQ community has been of a huge help when it comes to understanding and relating to my problems. I want our community to get recognised by the society. Once recognized, no one will question us or our identity.

Vivek understands that while LGBT, queers have got some awareness asexuality lacks such awareness.

Our society simply lacks such information and that has made them very closed minded when it comes to discussing such topics.

We salute your #BraveSpirit, Vivek for coming out of the closet and spreading awareness about asexuality. As he rightly said, not many would know about it and hence creating awareness becomes important.

You can contribute your story by filling the survey or send it to puneetmanuja@yourdost.com or WhatsApp the text/ audio/ video story to 9206116825