Productivity is perhaps the most important topic which is on everybody’s mind right now. We all want to be super productive, efficient and get more work down of the seemingly limited time that we have, but many if not all struggle to really get going. And it seems the whole world conspires against us not to be our productive best. As Dan Ariely puts it, “Most of the entities in our lives really want us to make mistakes in their favor. So the world is making things very, very difficult.” 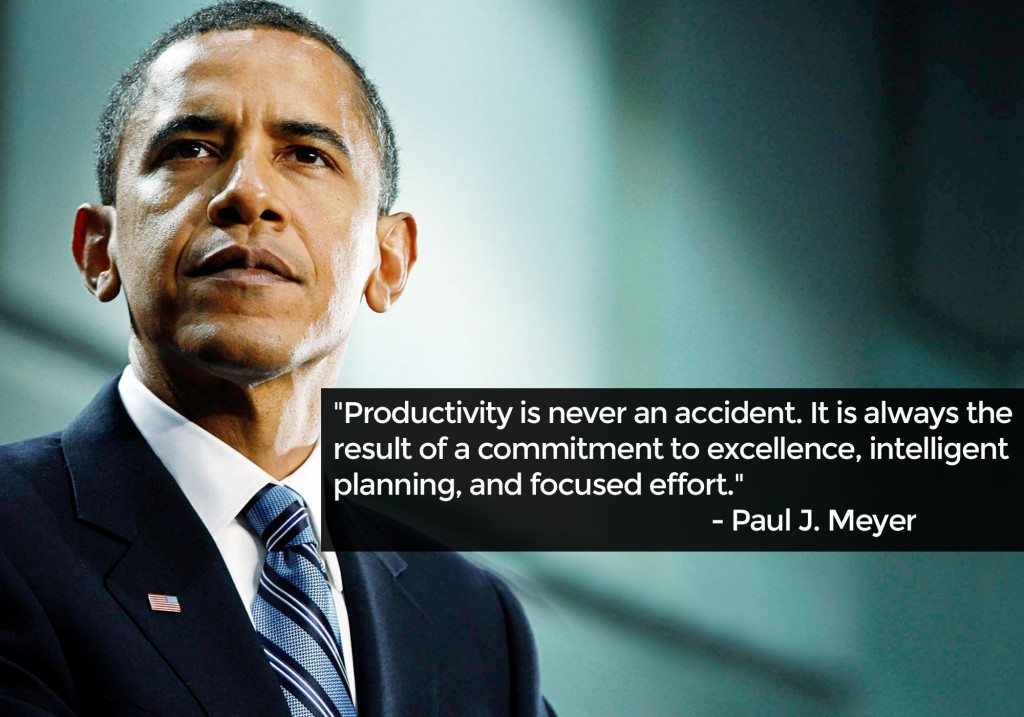 Unfortunately, we can’t really change the world much. We can, however, take cues from what world’s most productive people do differently.

Dan Ariely says that productivity levels are not consistent throughout the day. In his research, he says,”

…it turns out that most people are productive in the first two hours of the morning. Not immediately after waking, but if you get up at 7 you’ll be most productive from around from 8-10:30

Jennifer Ackerman, author of Sex Sleep Eat Drink Dream: A Day in the Life of Your Body, also writes:

Studies show that alertness and memory, the ability to think clearly and to learn, can vary by between 15 and 30 percent over the course of a day. Most of us are sharpest some two and a half to four hours after waking. For early risers then, concentration tends to peak between 10 A.M. and noontime, along with logical reasoning, and the ability to solve complex problems.

In this time frame, individuals should spend closing the most important, cognitively demanding tasks that they have at hand, but they often end up doing unproductive work on social networking sites.

In his book, The Tyranny of Email, Jon Freeman writes,

Working at the speed of email is like trying to gain a topographic understanding of our daily landscape from a speeding train—and the consequences for us as workers are profound. Interrupted every thirty seconds or so, our attention spans are fractured into a thousand tiny fragments. The mind is denied the experience of deep flow, when creative ideas flourish and complicated thinking occurs. We become task-oriented, tetchy, terrible at listening as we try to keep up with the computer.

A study done at the University of London found that constant emailing and text-messaging reduces mental capability by an average of ten points on an IQ test. It was five points for women, and fifteen points for men. This effect is similar to missing a night’s sleep. For men, it’s around three times more than the effect of smoking cannabis.

In short, checking emails is important, but not that frequently.

Charles Duhigg, in his new book, Smarter Faster Better: The Secrets of Being Productive writes about the benefits of creating mental models before starting a task. He says, “

Mental models help us by providing a scaffold for the torrent of information that constantly surrounds us. Models help us choose where to direct our attention, so we can make decisions, rather than just react.

To become genuinely productive, we must take control of our attention; we must build mental models that put us firmly in charge. When you’re driving to work, force yourself to envision your day. While you’re sitting in a meeting or at lunch, describe to yourself what you’re seeing and what it means. Find other people to hear your theories and challenge them. Get in a pattern of forcing yourself to anticipate what’s next.”

Cal Newport in his book, Deep Work presents the idea of focussing on deep work over shallow work.

Shallow work is little stuff like email, meetings, moving information around. Things that are not really using your talents. Deep work pushes your current abilities to their limits. It produces high value results and improves your skills.

One way to get more deep work done is by eliminating distraction. He presents one simple hack to eliminate distraction.

“Schedule in advance when you’ll use the Internet, and then avoid it altogether outside these times.

The idea motivating this strategy is that the use of a distracting service does not, by itself, reduce your brain’s ability to focus. It’s instead the constant switching from low-stimuli/high-value activities to high-stimuli/low-value activities, at the slightest hint of boredom or cognitive challenge, that teaches your mind to never tolerate an absence of novelty.”

This is perhaps the biggest skill of highly productive people. They know how to get eliminate distractions and get more done.

And so that’s how productive people do things differently.

So start now, and utilize the precious time you have efficiently. If You want to get further advice on how to improve your efficiency and productivity, talk to a YourDOST expert today.We are there to help you always.