Disclaimer: The writer of the article or YourDOST is not supporting any one party in the case discussed below. Our intent of this article is to throw light on the trauma that children have to go through due to personal rifts between their parents.

How fair is it for children to get involved and dragged to court repeatedly, because of a rift between their parents? The problem becomes even severe when the children are minors. This is the plight of an Indian Mother and her three minor daughters, who have been repeatedly summoned to courts by their own father, demanding their custody. 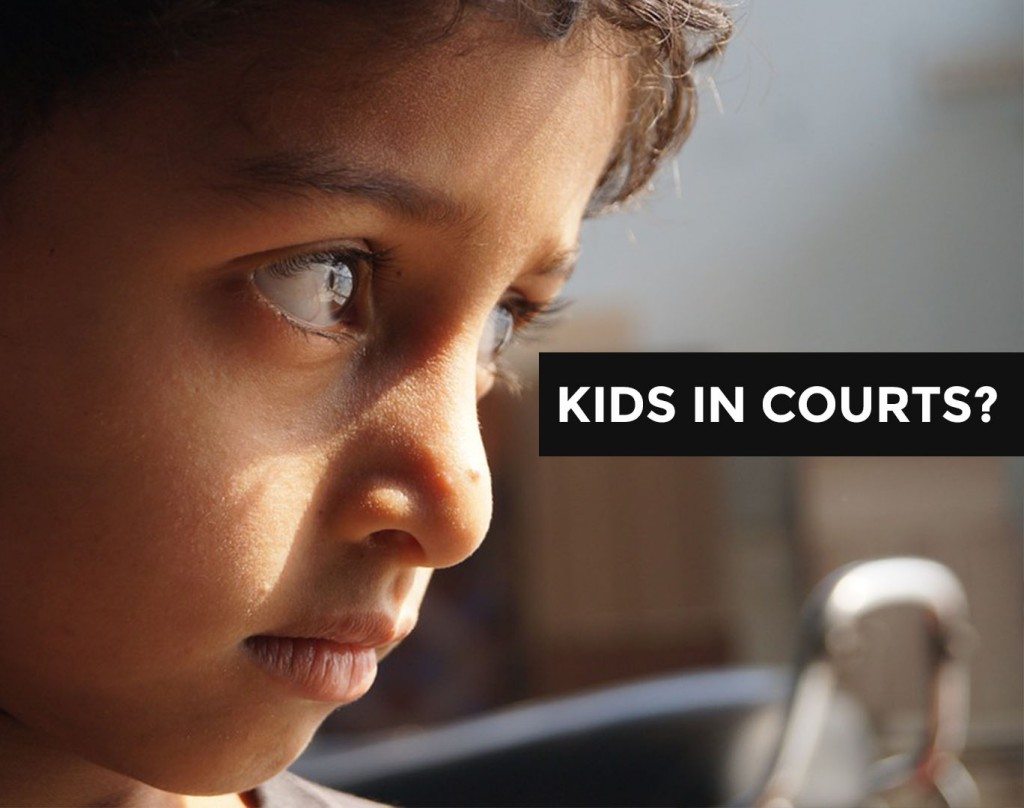 Despite their Final Exams, the children are summoned to appear before the Court and the children have expressed their concerns.

It all began when Veena Theresa moved to Bangalore, away from her husband and in-laws, along with her three daughters in April 2012, when they were chased with a knife threatening to be killed. In her petition in change.org, Veena has accused her in-laws of Child Sexual Abuse of her daughters.

It is not the first time that the kids have been summoned to court. There have been previous hearings as well in court, with respect to the custody of the children. The point here still remains, about how fair is it for the kids to go through a trauma as such.

According to Veena, the school to which the three daughters were enrolled have denied admissions in the upcoming academic year due to the top-level “pressure.”

The three daughters – Shruti, Annika, and Kiara are still minors. Their understanding of the disputes and legal nature of these personal rifts are very minimal. At an age when you are scared to even walk out of your house without someone accompanying, to appear before the court and witness such violence and harassment, will certainly have a very adverse effect on their young minds.

Such personal rifts and trouble can leave an everlasting impact in the minds of the children.

According to studies conducted, it is observed that many children who witness such harassment and fights in their family, tend to develop a hatred and resistance towards relationships. They tend to become more dependent on their single parent and in this case if the other parent tries to separate them away from the parent they are close to, it will only pressurise them further.

It is very important for both parents and the courts to understand that the comfort and opinions of the children should take the foremost priority. They should not be forced to do anything which might affect them mentally like forcing them to visit or meet a parent, they don’t want to meet.